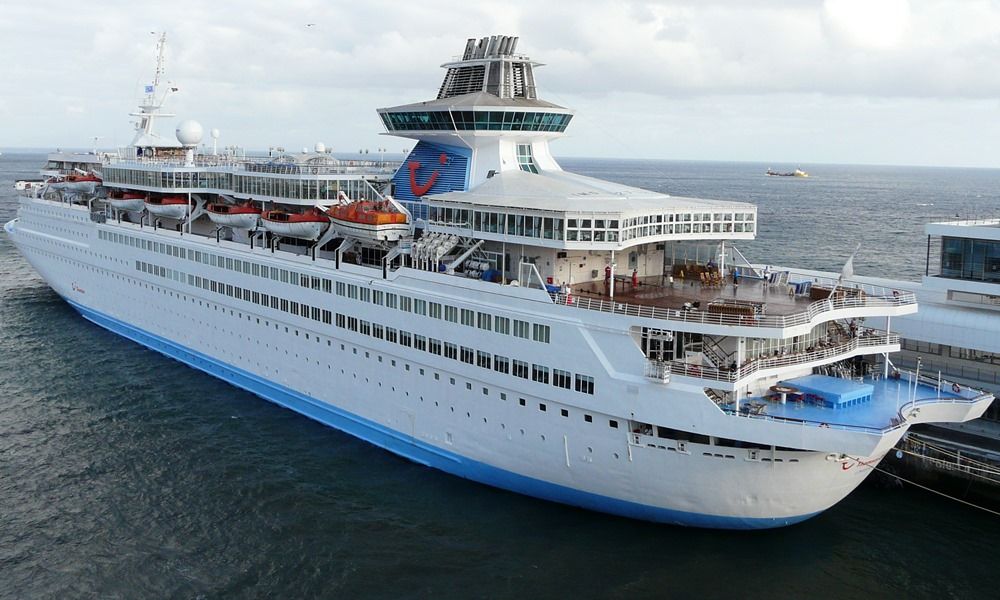 According to the organisers, aside from giving patrons a lifetime experience of ocean cruising, the “Afro Cruise Jam” is to promote Afro music and reconnect Afro music lovers.

“Our package is tailored to all tastes and budgets and includes a choice of cabin accommodation in either an inside or ocean view stateroom, including breakfast, lunch and dinner, as well as on-board entertainment such as the Afro Jam concert at the pool deck and the muses lounge - the ship’s main theatre," the Cruise Advisor at Cruise People, Mr Daniel Vanderpuye, said.

"Patrons will also enjoy a variety of exclusive, different-themed shows on board mainly Greek-themed and exploring myths and legends, as well as a Cirque-type show, cabaret shows and a Latin themed show".

He explained that the package will give patrons value for their money “the cost includes almost everything one will need for an amazing trip; food, lodging, drinks, daytime and evening entertainment and transportation between destinations.”

When they arrive in Athens, Greece, the tour will begin from the coast of Athens through Patmos Island, Heraklion, Santorini and Mykonos in Greece, as well as Kusadasi (Ephesus) in Turkey - the site of one of the Seven Wonders of the Ancient World in Turkey, and back to Greece.

There will be free shore excursions of Kusadasi (Ephesus), Heraklion, the Minoan Palace of Knossos and the Oia Village, a traditional settlement in the north of Santorini.

There is also a one-night pre and post-cruise stay in five-star hotel accommodation and a city tour of Athens.

He said for people who missed out on this opportunity, his outfit organises weekly cruises at competitive prices.

"In addition to these exciting offers, our package also include all ground transfers, travel insurance, Schengen visa acquisition fees and a return flight," he added.

Mr Vanderpuye said aside from the Afro Cruise Jam, his outfit offered different packages for individuals and groups, adding that patrons did not have to go through the stress of booking hotels and making travel arrangements.

He said these days, modern cruise ships had some facilities split by age making them a perfect vacation for families, including children three months to 15 years.

“You can find cruise packages at Cruise People on Instagram @cruisepeoplegh or yourcruisepeople.com that are surprisingly less expensive than what you would pay for a hotel, dinner and entertainment on land based packages,” he added.