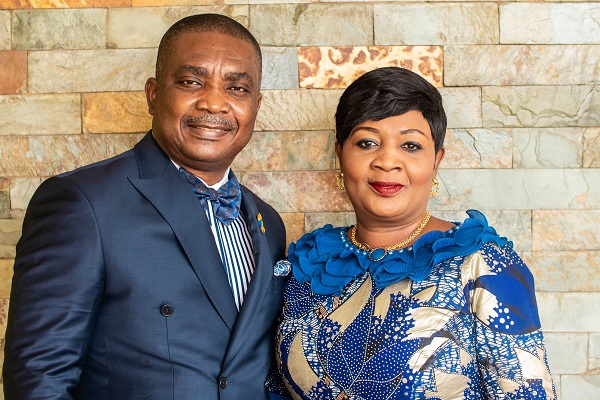 Rev Daniel Asiedu is the new Chairman of the International Presbytery
30.5k Shares

The chairmanship of the International Presbytery of Fountain Gate Chapel has been handed over to Rev Daniel Asiedu to steer the affairs of the church, in a colourful ceremony which took place recently at the Desert Pastures in Bolgatanga in the Upper East Region.

He takes over from Rev Clement Anchebah who set up the first Accra branch located at Ofankor, a suburb of Accra, in 1998 where he has been the leader till date and also served as the Chairman of the International Presbytery of the church, a position he took over from the General Overseer, Rev. Eastwood Anaba.

Rev. Anchebah just ended his tenure as Chairman and has successfully handed over leadership of the church to a new International Presbytery headed by Rev. Asiedu.

Fountain Gate Chapel creation
In 1987, as a young pharmacist , Mr Eastwood Anaba, having graduated from the Kwame Nkrumah University of Science and Technology, responded to the call of God to establish what has come to be known as the Fountain Gate Chapel in Bolgatanga. The ministry was then known as Northern Deliverance in Tears (NINTAM). 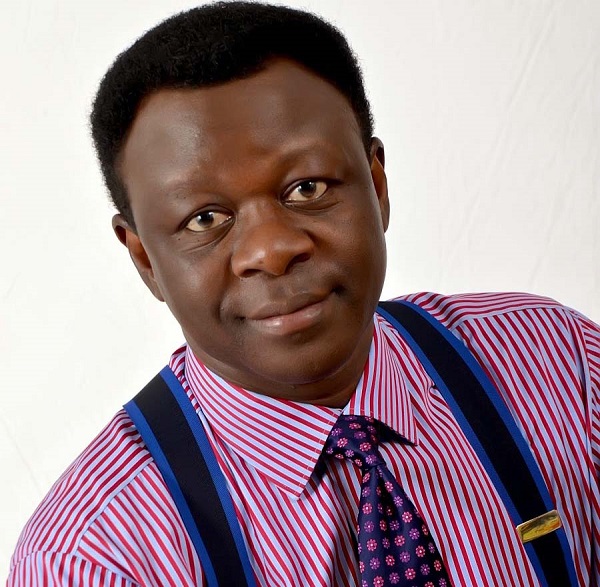 Together with other passionate and like-minded young men, Mr Anaba spent years in prayer, evangelism and spiritual warfare to deliver and draw people to the saving grace of the Lord. The other founding fathers of the ministry were Rev. Eric Africa, Rev. Clement Anchebah, Rev. Alexander Adams, Rev. Kumah John-Bray and Prophet Emmanuel Oppong of blessed memory.

When Rev. Eastwood stepped down as Chairman of the International Presbytery of Fountain Gate Chapel, Rev. Clement was voted and inducted into office as his successor. Rev. Anchebah is a founding member of the church. He started ministry from the Upper West Region of Ghana.

Having been posted to the Upper West Region for national service after completing his course at the Kwame Nkrumah University of Science and Technology (KNUST), Rev. Anchebah decided to kill two birds with one stone.

He decided to practise the animal husbandry programme he pursued at the university, and for which reason, he had been posted to that station in the first place, and also to preach the gospel to his people.

It was in this same era that Rev. Anaba, his soul brother and friend, established the Fountain Gate Chapel in 1987 in Bolgatanga. As a result, Rev. Anchebah automatically became a founder member of the ministry.
With determination, he gathered a few born-again young people around and shared his vision. Through this, the Wa branch was born in 1988.
He became the head and served for 10 years before his Spiritual father, Rev. Eastwood, assigned him to start the first branch of the church in Accra in 1998.
The two past Chairpersons of the Church, Rev. Anaba and Rev. Anchebah, remain the head pastors of their local churches, Fountain Gate Chapel Desert Pastures, Bolgatanga, and Gate Pastures, Accra respectively.

Rev Anaba is also the founder and President Eastwood Anaba Ministries (EAM) headquartered at Bolgatanga with Mission Centres in London and the United States of America. 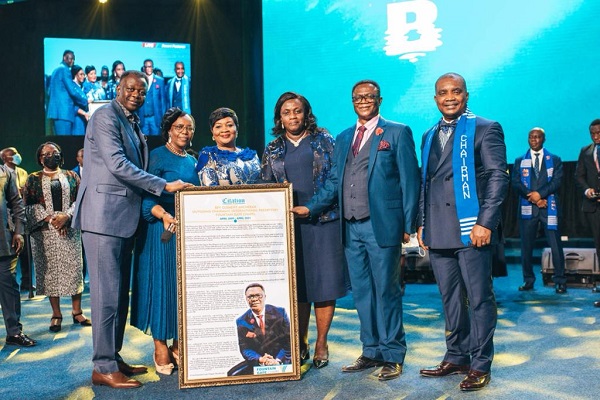 A citation presented to Rev. Anchebah for his role as the Chairman for the past years read: “Right from your days at the Kwame Nkrumah University of Science and Technology (KNUST) in the early to mid- 1980s, it was obvious that the Lord had called you for Christian leadership.
Your evangelistic drive to second cycle institutions and various towns and villages made you a household name, even then. Your impact on the life of the youth was phenomenal…”

Election of chairman of the International Presbytery
Per the constitution of Fountain Gate Chapel, three Ministers were nominated for vetting by the outgone chairman. The Vetting Committee which was chaired by Mr Lawrence Z. Dakurah did a rigorous vetting of the ministers and two were shortlisted.

They are Rev Asiedu who was appointed and inducted as the Vice-Chairman in 2016 and Rev Emmanuel Forson, the International Coordinator. At the end of the electoral processes, Rev Asiedu was elected.

Who is Rev. Daniel Asiedu?
Apart from being a Minister of the gospel, Rev Asiedu wears many hats. He is a top-notch banker with over 20 years of experience as a chartered accountant and a mechanical engineer. He is one of Ghana’s most sought after speakers with engagements that include high profile assignments for both local and international organisations.

His motivational speeches have covered varied themes ranging from human capital development, leadership, entrepreneurship as well as business strategy and change management with life-changing moments from personal experiences in both the corporate and private world. In addition to his pastoral duties, he also sits on the boards of several corporations and institutions.

Born on May 31, 1968, Rev Asiedu holds a Master’s Degree in Development Finance and Economic Policy Management and an Executive Master’s Degree with Finance option all from the University of Ghana. His first degree is in Mechanical Engineering from the University of Ibadan in Nigeria. He has worked in serval organisations in Nigeria and Ghana since 1994.

Rev Asiedu worked as a senior associate of Price Waterhouse Coopers World Firm in Nigeria and with the Zenith Bank International Bank, the Volta River Authority as Area Finance manager at Aboaze, Takoradi, in the Western Region.

For those in the banking sector, he is a notable face as he became the Managing Director/Chief Executive Officer of Zenith Bank Ghana Limited from 2010 to 2016. He moved on in March 2016 to the Agriculture Development Bank, Ghana.

He is currently the Chairman and Lead Consultant of Pacific Trust Consult, a private financial consulting firm.

From 2006 up to date he has been the Associate Pastor of Empowerment/The Gate Pastures of Fountain Gate Chapel in Accra.
He is married to Rev Mrs Harriet Asiedu and they are blessed with three children.