Going to London to see the Queen 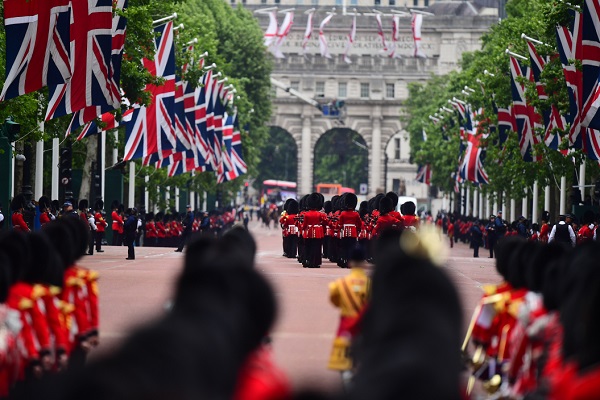 Visits and tours by the royals generate extensive media attention – as well as tourists. Follow @Graphicgh

Something big is happening across the UK! IT is the celebration of an unprecedented 70th anniversary of Her Majesty the Queen on the throne. In February this year, Queen Elizabeth became the first British Monarch to celebrate a Platinum Jubilee of service to the people of the United Kingdom, the Realms and the Commonwealth.

This week, the events have been taking place throughout the UK with some continuing throughout the year. Already, there’s a four day bank holiday weekend from Thursday, June 2 to Sunday, June 5.

The four days of celebrations will include public events and community activities, as well as national moments of reflection on The Queen’s 70 years of service.

At Going Places, we wish her Majesty and the British people well, knowing how the people of Ghana are connected to that kingdom.

The question we discuss today is how the Queen and the larger Royal institution foster tourism.

Love it or hate it, the pomp and circumstances associated with British royalty, whether routine events such as trooping the colour or anniversaries such as the Queen’s Diamond Jubilee in 2012, are rarely found in any other country.

These public ceremonies, in addition to parts of the estates owned by the royal family, are important in attracting tourists.

Saw an additional 600,000 people come to London for the weekend, 60 per cent from the UK, 40 per cent from overseas, spending £107m. The value to ‘brand Britain’ due to global media coverage was approximately one billion pounds sterling.

It wasn’t just visitors to London that increased – the Office for National Statistics reported that during April 2011, an extra 350,000 visitors travelled to the UK compared to 2010.

Tourism also flourished on the island of Anglesey in Wales, where the royal couple lived after the wedding. Tourism managers said William and Kate brought priceless publicity and some tourism businesses reported a 20 per cent increase in business in 2011.

A crowd outside Buckingham Palace after the royal wedding in April 2011. Rebecca Naden/PA Archive

The queen’s official residences also attract significant numbers of visitors: 2.8m people in 2016, with the top three being Windsor Castle (1,432,260 visitors), Buckingham Palace (576,995 visitors) and the Palace of Holyroodhouse (392,260 visitors).

These statistics corroborate research by Visit Britain in 2011 which showed that more than 60 per cent of overseas visitors who come to Britain are “likely” to visit places associated with the royal family.

According to Statistics, Windsor Castle and Frogmore House were the most popular of all the Royal Estate locations in the United Kingdom, receiving nearly 1.6 million paid visitors in the fiscal year 2019/2020.The Buckingham Palace reported the second-highest figure, welcoming around 578 thousand visitors during its annual summer opening. 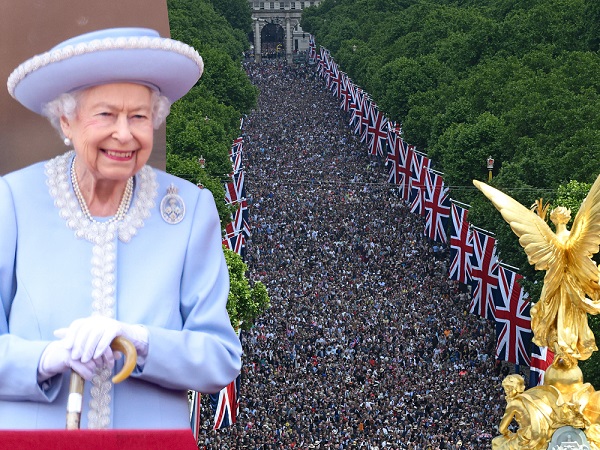 Overall, Royal Estate locations recorded around 155 thousand visits in 2020/2021, while they reported over three million admissions in 2019/2020.

Both prior and after the pandemic, the Windsor Castle and the Buckingham Palace were the royal establishments recording the highest number of admissions regardless of whether you are a royalist or not, the royal family undeniably attracts public interest around the UK and internationally.

Visits and tours by the royals generate extensive media attention – as well as tourists.
Although VisitBritain does not collate statistics on the royal family as an attraction, in a 2012 response to a freedom of information request under its former name as the British Tourist Authority, it estimated that those visitors to the UK who are attracted by British culture and heritage spend in the region of £4.5 billion annually, out of a total overseas visitor spend of £17 billion.

Approximately £500m of that £4.5 billion is attributed to attractions and events connected to the royal family, past and present.
There is an absence of data as to whether tourists go to the UK specifically because of the royal family.

However, while tourists might not be primarily attracted to the UK solely by the monarchy, the spectacle of royal events and access to parts of the royal estate across the UK enables Visit Britain and other national tourism agencies to build on Britain’s tourism appeal which blends heritage, pageantry and the contemporary.

In this way, the relationship between royalty and tourism has an important economic and destination marketing dimension.

VisitBritain states that 64 per cent of visitors going to Britain plan to visit famous monuments and buildings with over a third of tourists visiting London listing a tour of the Buckingham Palace as a bucket list activity.

Britain is recognised as a world-class destination for culture and heritage.
We wish them happy celebrations!