BY: Hadiza Nuhhu-Billa Quansah
Category: Lifestyle
Children from the ages of five formed long queues to wait for their food. Follow @Graphicgh

Beyond the numerous courtesy calls on the National Chief Imam at his residence at Fadama, a suburb of Accra, is a sadaqah train that operates on a daily basis to touch lives in the community.

The word sadaqah is charity given voluntarily in order to please God without expecting anything in return. It also describes a voluntary charitable act towards others, whether through generosity, love, compassion or faith.

For the National Chief Imam and his household, the act of giving comes naturally and it is for this reason that food, drinks, clothes, money and shelter, among other things, are given out on a regular basis to those who are deprived.

Visit
On Monday, July 4, 2022, The Mirror team visited the Chief Imam’s residence for a first-hand experience of some of the activities that take place there beside the usual visits by foreign dignitaries, government officials, corporate bodies and individuals.

The team was received by the two wives of the Chief Imam: Hajia Adiza and Hajia Ramatu Nuhu Sharubutu, the first and second wives, respectively, who are in charge of mass cooking operations for the underprivileged, mentally challenged, orphans, widows/widowers and diverse dignitaries who travel from near and far, some to stay for varied periods of time. 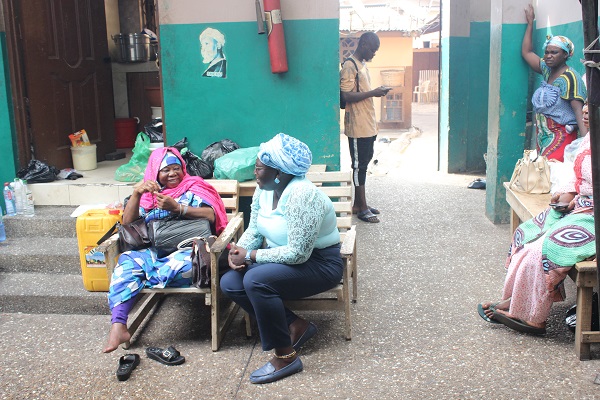 Hajia Adiza opened up on the sadaqah activities and told this reporter the journey of the mass cooking for those in need started in the 1960s.
“We started this about 62 years ago and the Chief Imam ensured that the house always provides for the needy. Therefore, living in a community which has a number of people who cannot have three meals a day was important for us to support and we have done that till date on a low key,” she recounted. 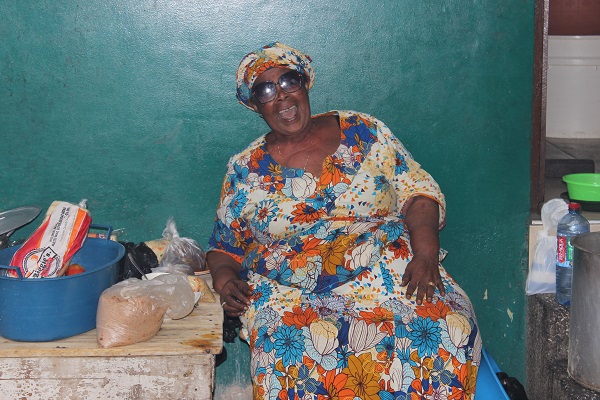 Linking the sadaqah activities with Islam, she explained that Prophet Mohammed (SAW) was a generous giver.

She said: “He (SAW) would give all that he had to the poor and even let himself go hungry to feed someone in need. He (SAW) had an impeccable character and there is wisdom and immense reward in following his exemplary behaviour. The Quran and Sunnah repeatedly emphasise the importance of giving sadaqah regularly and Allah has promised many benefits to the person who does.”
Hajia Adiza said it was for this reason that the women in the house cooked on a large scale in the morning, afternoon and evening for people to eat.

“It doesn’t matter where you come from, your religion or ethnicity. Once you enter the house and you need food to eat, we provide you with that. Besides the underprivileged, there are other Muslim clergy who have travelled from Burkina Faso, Nigeria, Senegal, Mali, Cote d’Ivoire” to visit for prayers and other religious activities so it is appropriate to give them food,” she said.

She added that besides the usual cooking throughout the week, “on Saturdays and Sundays, food and snacks are also provided for the children who attend ‘Makaranta’” (a school where Muslim children go to learn and have a deeper meaning and understanding of what being a Muslim entails.)

Hajia Adiza indicated that the meals differed from day to day. 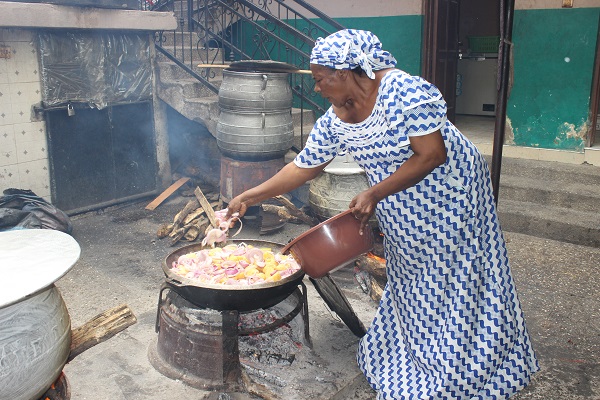 Cooking activities
Touching on catering operations, Hajia Mariama Ali Sharubutu, a niece of the Chief Imam who is also part of the cooking team, said the women went to the market almost every day to buy foodstuffs for cooking. According to her, the Chief Imam ensures that they slaughter a cow or a number of rams and the meat is used for the meals.

She stated that the cooking was mainly done by the two wives, aunties, nieces, grandchildren, family relations and others who came to volunteer.

“In the mornings, we prepare tea for the guests and, depending on the people around, sometimes we fry between 10 and 20 crates of eggs for breakfast. You should see the amount of milk and bread that goes with it,” she said with a chuckle. 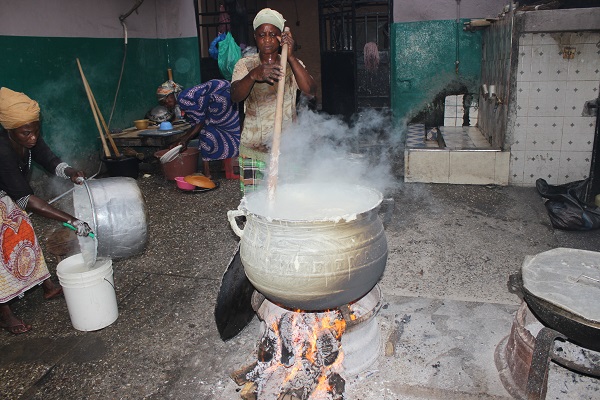 Indeed, when this reporter took a sneak peek at the number of big flasks and tea cups lined up, it was clear that a large number of people benefitted from the daily breakfast programme. Also packed were hundreds of bowls neatly arranged, which are used to serve food for lunch and dinner.

The Mirror team had the opportunity to stay for dinner. By 2.30 p.m. they had set fire at the backyard of the house where all the cooking takes place. Industrial-sized pots were put on fire to prepare TZ. Other equally large pots were also put on coal pots for the soups and sauces.

The “battalion” of women in this operation was busy at work with “military coordination”. Some women peeled Irish potatoes, others chopped onions in large quantities while others washed baskets of fresh lettuce, carrots and cucumbers for salads. The food was prepared under strict hygienic conditions. While some of the women were cooking, others were cleaning the bowls, with cleaners on standby.

The first wife, Hajia Adiza, presides over operations while the second wife, Hajia Ramatu, coordinates all the other activities. The latter is directly involved in the cooking while Hajia Adiza ensures that distribution and serving are done appropriately.

At exactly 5 p.m., children from the ages of five came to form long queues to wait for their food. Some of them had also been sent with bowls by their parents to come for the evening meal. 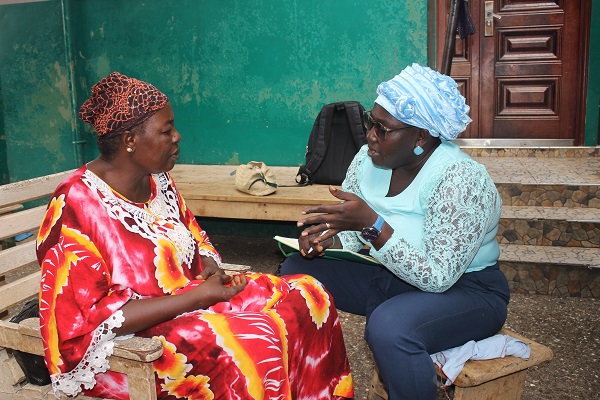 By 5.30 p.m, the number of helping hands had increased to help package the hot TZ from the fire into sizable balls. Immediately the packaging of the first pot was done, the women in charge of distribution, with the help of some of the teenagers in the house, helped some of the little children who had come to queue to identify their bowls. Everyone received a ball of TZ with kuka while others had ayoyo with stew and pieces of meat.

“If you don’t supervise well at this point, some of the children end up picking more than one bowl. Meanwhile, the bowls had been assigned to all these children. Every child knows his or her bowl. Once they pick those belonging to the little ones, they end up crying and we don’t like the bigger ones cheating the little ones,” one of the women said.

Spokesperson
The second pot of TZ was offered to the adults and others were given plain rice with stew.
Emphasising what the women said, the Spokesperson for the National Chief Imam, Sheikh Aremeyaw Shaibu, said “many people come from far and near to visit the Chief Imam to drink from his wisdom and receive his blessings. As a result, it is good to offer them meals.The Chief

Imam generally loves people and does not discriminate. He spends much of his time with some of these underprivileged who sometimes request that they want to deal with the old man directly. He also has all the patience to listen to them. For those who need his prayers and blessings, he offers them. He does his best to deal with the problems of those who come with financial requests, job recommendations and health related challenges and they leave happily,” he stated.

“Sometimes we feel he has no time to rest but he is always ready to see and support everyone who knocks on his door. He really has time for everyone. This is something the young ones of today must emulate. The children of today have no time to do things for themselves. Sometimes, we sympathise with the Chief Imam,” he said.