Deception of a Jordan valley 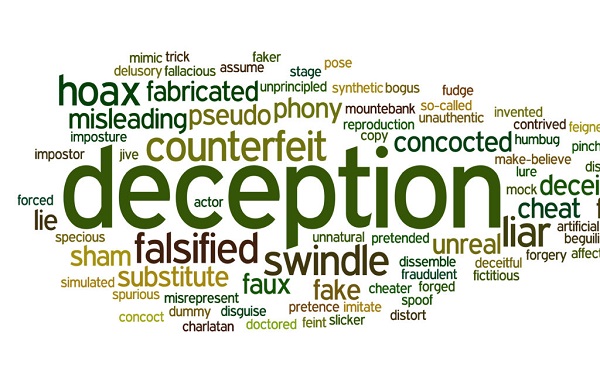 “And Lot lifted up his eyes, and saw that the Jordan valley was well watered everywhere like the garden of the LORD, like the land of Egypt, in the direction of Zoar; this was before the LORD destroyed Sodom and Gomorrah. 11. So Lot chose for himself all the Jordan valley, and Lot journeyed east; thus they separated from each other.”— Genesis 13:10-11 [RSV]

You need discernment to choose a spouse. Not everyone walking down the street can be a great better half. Some are walking burdens. With a little discernment, we can avoid a ‘never-happy-after’ marriage. Discernment is a must-have because not all that looks green is edible.

One needs to be discerning to even buy a car. Some vehicles look spotless on the outside but deep inside are technical faults that will cost a fortune to repair. Some cars cost so cheap not because their make is old. They were stolen and you will never be told.

It takes discernment to take the opportunities life hurls at us. Not all opportunities will change our lives for good. Not every job opening is a God-sent. Never assume every open door is an opportunity. Some are death traps!

Abram was the uncle of Lot. Both herdsmen, they had done so well for themselves. Their career hadyielded great returns and their business had started expanding more than they had imagined. Whenever there is a new level, there is a new devil. Their servants, thus, started fighting each other. One had to move and the other had to stay. Abram threw the option at Lot… and he chose the juicier offer— the Jordan valley.

The scriptures compared the Jordan valley to the garden of the Lord. It was all green and a beautiful place to behold. It was a parcel of land anyone would wish to have. The place was well watered and, to Lot, those were the best grounds to expand his cattle business. He was right but he was wrong. He ended up pitching his tent in Sodom— the hub of all wickedness!

Enticed by the glory on the outside, Lot opted for the Jordan valley but little did he know the mess he was opting for. He was opting for a people who didn’t share his values. Though the Jordan valley looked like the garden of the Lord, right there were accomplices of the devil. It later had to take the intercession of his uncle, Abram, to rescue him from destruction.

Some fields in life may be green but that doesn’t make them edible. Some opportunities may only be a mirage. They look so real from a distance but as one gets closer, they realise how false they are.

How things appear may not necessarily be what they are. Some only keep appearances with their lifestyle. Don’t be intimidated by their flashy lifestyles. Never feel unachieved when they flaunt their supposed office spaces. Sometimes, such people even wished they had what you are not grateful for.

Just as we need oxygen to live, we need discernment to survive. If we don’t have discernment, we will dine with our enemies and won’t even know when they are planning to destroy us. If we are not discerning enough, our potential will be underutilised because we will major in the minor and minor in the major.

Jordan valley looks all beautiful from afar. It looks immaculate from a distance. It, however, takes discernment to notice the red flags. When a Jordan valley walks into our lives, we may assume all our prayers have been answered because almost everything about them looks perfect. In a matter of days, everything takes a nosedive and such people prove to us that they were the prophesied antichrist.

There is deception hovering all around and we must be careful not to fall for such. Many are posing to be what they are not. From politics to relationships, many wolves in sheep clothing are luring people to where they never imagined they could be. We need a great deal of discernment to smell the rat.

Without discernment, we are always bound to pitch our tents near Sodoms in this life, because a Jordan valley always looks like a better option. They come as better job opportunities. They walk in as better husbands or wives. The thing about a Jordan valley is that it presents to you all the amazing parts you want to see while it hides the countless flaws.

A Jordan valley hides from you the mess. Where there’s no discernment, one can never identify the uncountable shortfalls that come with a Jordan valley. Jordan valleys appear to be the best thing to have ever happened to us but end up as the worst we have ever encountered.

Before you walk down the aisle, be discerning. Many burdens called marriages wouldn’t have happened at all if some couples had been a little more discerning. Just before you buy that land, pray for discernment. You may be starting a battle you may never be able to finish. When it sounds too good to be true, be patient and think it through.

Before you buy an asset, apply a little wisdom. Don’t be overruled by exuberance. You may be making an option that you may later have to pay with your dear life. Fake gold glitters, too. Just because a field looks all green and watered on the other side doesn’t mean it is the Lord’s garden. It may be the hiding place of Sodomites!