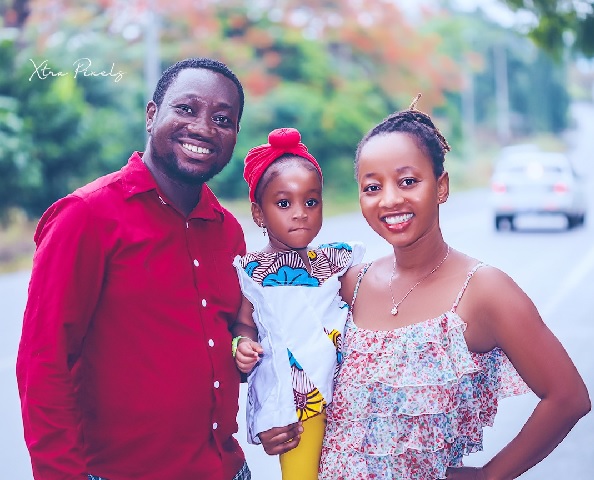 The global fight against harmful viruses and bacteria just got what could be a game-changing new weapon in its arsenal.

In this era where COVID-19 has created a new normal, Dr Eric Ashalley from the Institute of Industrial Research under the Council for Scientific and Industrial Research (CSIR) has invented a device that brings testing and diagnosis to the doorstep of the citizenry.

For this invention, Dr Ashalley has been awarded a US patent.

The biosensing device detects and categorises various bacteria and viruses (including SARS COV-2 or the COVID-19 virus) at an extremely high accuracy of 99.87 per cent and is compatible with smartphones and wearable devices. 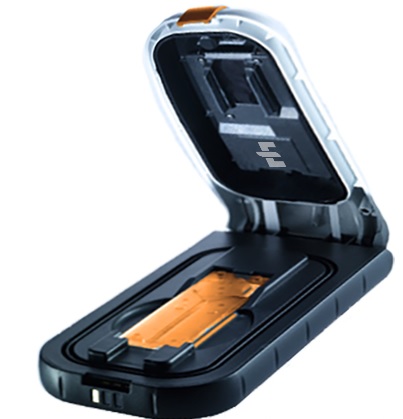 A patent is a legal document that grants the awardee ownership of his invention; be it an idea or device.

It goes through various stages of scrutiny to assess novelty and ingenuity before approval.

About the device
The patented sensing device is able to detect and categorise different types of bacteria and viruses using light-matter interaction.

According to Dr Ashalley, unlike the conventional bacteria and virus testing kits currently existing, this device was reusable under a guided environment with a display.

He explained that when “the device is applied to the COVID-19 virus, its accuracy is 99.87 per cent. This is also capable of distinguishing between the various Covid variants towards effective and efficient diagnosis. The invention of this device is to bring testing, real time tracking and diagnosis to the doorstep of all and sundry.”

He said for speed, it used light (photonics) for processing, so results could be achieved within an ultrafast period.

When it comes to size, he said the main components of the device were at the nanoscale, making it very portable.

The design of this device made use of advanced artificial intelligence-based nanophotonic concepts, bridging the fields of computer science and nanotechnology.

“This device has an extended significance beyond this Covid era with its ability to sense and detect other nucleotides such as a DNA, cDNA and RNA derived from other pathogens,” he told The Mirror in Accra on Wednesday.

The invention was achieved collaboratively between Dr Ashalley and the University of North Texas (UNT)-USA led by Prof. Arup Neogi, a distinguished professor of physics.

The original work has been published in the prestigious Photonics Research Journal.

Dr Ashalley indicated that currently the CSIR-Institute of Industrial Research (CSIR-IIR) was looking at channels to locally manufacture this device to augment government's effort to fight the COVID-19 pandemic.

Motivation
Touching on the motivation behind the creation of the device, he said that it started as a research in chiral (handedness) plasmonics while attempting to sense chiral biomolecules using chiral metamaterials.

He said that was as part of efforts to contribute to solving a historical issue in the 1960s, where a thalidomide drug administered to pregnant women resulted in various deformities and death of newborns across Europe.

“This was as a result of the inability of the pharmaceutical companies to decipher the handedness of the molecular constituents of the drug. Through hard work within a period of a year and a half, backed by a very strong research team at IFFS and UNT, I was able to make a device that accurately discriminates between molecular enantiomers; which was later extended to the bacteria and virus sensing device.”

Who is Dr Ashalley?
Dr Ashalley is a well-published young Ghanaian Nanoscience and Technology research scientist with vast experience in plasmonic metamaterials research.

He was born to Rev. John Ashalley (an ordained priest of the Methodist Church (deceased) and Ms Kate Boateng (a retired Fire Service officer) in 1988.

He has two biological older siblings, Vera and Amos.

Altogether, he is the youngest of the five.

He is married to Mrs Grace Ashalley and they have a daughter called Erica. 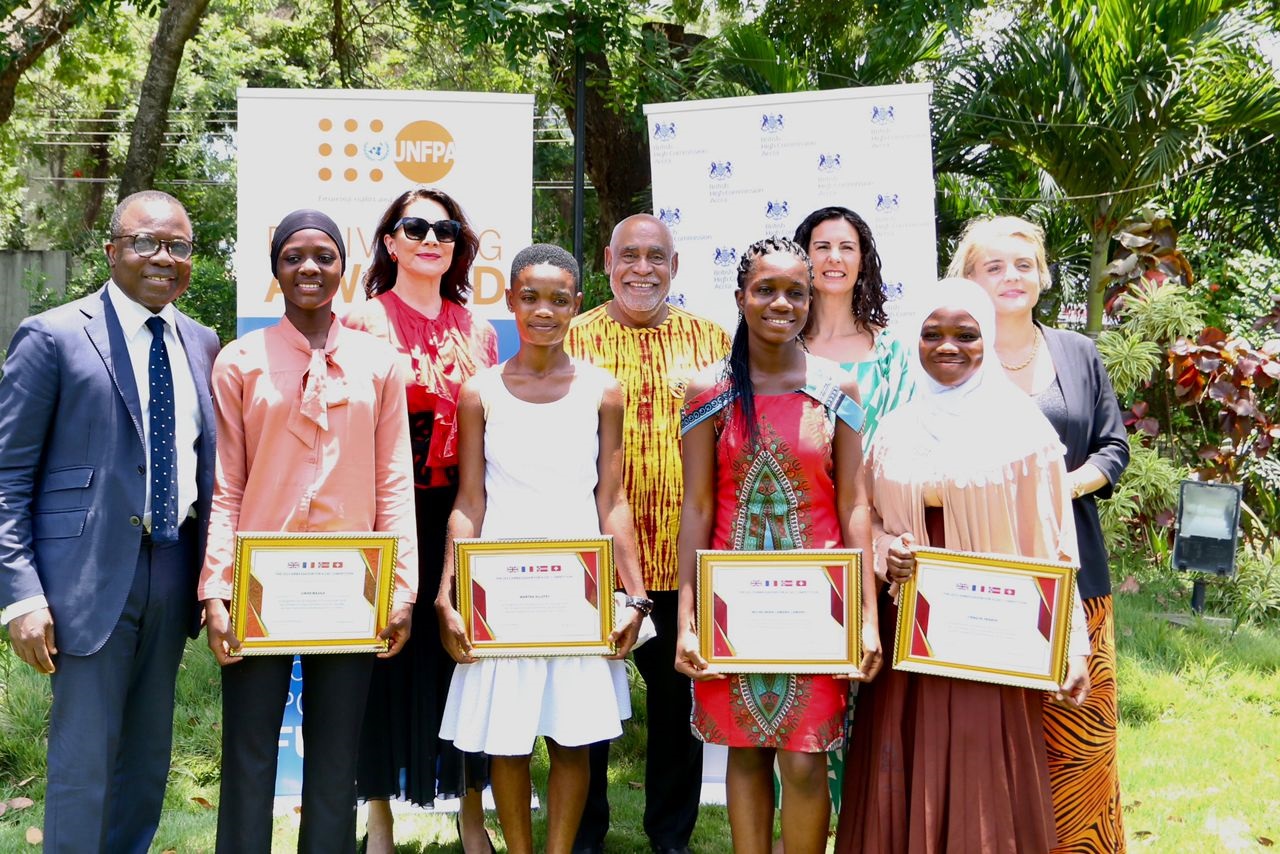 He started his kindergarten education at the Ebenezer Kindergarten School and early primary education (till stage four) at Nana Osae Djan Experimental School both at Nsawam in the Eastern Region.

After stage four, his family was transferred to Asiakwa in the Eastern Region where he attended SOS Hermann Gmeiner School.

He self-learned to play the church organ during his basic school days; a hobby he is well noted for today.

He was also a Sports Prefect at the time with keen interest in soccer, table tennis and volleyball games.

He passed his Basic School Certificate Examination (BECE) with flying colours, which earned him a slot at the Mfantsipim School where he read the General Science programme.

At Mfantsipim School, he was a noticeable member of the School Choir and enjoyed developing replica devices; a hobby he still maintains.

As it is with most young science students, his premium ambition was to become a medical doctor but life had a much more interesting path carved for him.

He aced his secondary school certification examinations amidst many challenges.

Undergraduate Education
Shortly after his secondary school education, within the period of university admissions, his father fell seriously ill.

As a result, young Eric was faced with the most important decision of his life: to continue with his medical doctor ambition (for which he had offers from all three major public Ghanaian universities) or make a turn towards teaching.

The medical doctor’s ambition was shaky because of its accompanying financial load, so he made a turn to teaching.

Upon deep reflection and deliberations with some close contacts, he sought and gained admission to the University of Education, Winneba (UEW) in 2007.

“From time to time, I would look back at this decision I made and would just hope it was the right one,” he said.

During his undergraduate programme, he acquired a foreign-based curriculum and studied them alongside.

“I would say that I felt I was so much ahead because of this literal co-curricular activity. I learnt to model mathematical, physical, chemical and biological concepts which weren’t, obviously, a part of the university’s education curriculum. Therefore, as a student, I was also playing the role of a teaching assistant on campus,” he stated.

His church organ playing prowess would come in handy in providing extra financial support for his undergraduate studies.

He was given an unusual privilege of having his off-campus teaching assessment in a tertiary education, Koforidua Polytechnic (by then), where he grew a very close relationship with Prof. Ing. Reynolds Okai who was the Rector.

It was the Head of the Mathematics Department at the time, Dr Edwin Okoampa Boadu, and the Head of Department for Energy Systems, now Prof. Ebenezer Miezah Kwofie, who initially assisted him to cultivate his research potential.

He was given the nod to continue his national service programme in the same institution where he published his first paper in a conference on E-learning.

Less than two months into his appointment as lecturer at the Koforidua Polytechnic, he earned a scholarship for his Master’s degree at the University of Electronic Science and Technology of China (UESTC) to read Electronics Engineering (facilitated by Dr Edwin Okoampa Boadu of Koforidua Technical University).

Master's and PhD Education
The challenge in the beginning was not only about how to channel his in-depth knowledge in mathematics, programming and design skills productively in the field of electronics engineering, but also how to man the sophisticated and advanced equipment and machinery in the laboratory.

Under the able guidance of Prof. Wang, Eric surmounted these challenges. “UESTC gave life to my then new-found interest in Nanoscience and Technology under electronics engineering”.

At UESTC, he developed and advanced his theoretical and experimental research skills, culminating into several research publications and earning him both local and international awards.

He specialised in Epitaxial Growth techniques such as molecular beam epitaxy as well as the chemical vapour deposition and photolithography techniques during his Master’s degree.

When he graduated with a Master’s degree, he had more than 15 research publications and three international conferences in the USA and Canada.

He was placed on the Chinese government scholarship once more for his PhD in the Institute of Fundamental and Frontier Sciences (IFFS) at UESTC which had been newly created to foster international collaborative research between UESTC and leading universities.

During his PhD, he mastered essential modelling and simulation techniques such as Finite Element Modelling (FEM) and the Finite-Difference Time-Domain (FDTD) method together with Machine-learning.

He completed his PhD with additional 17 publications in high-impact academic journals and had two years of post-doctoral experience jointly with UNT-USA and UESTC-China.

He is currently a Research Scientist at CSIR-IIR where he is working on building a smart electricity power-theft detection system and assisting to carve out novel research pathways in emerging technologies.

The writer's email:This email address is being protected from spambots. You need JavaScript enabled to view it.