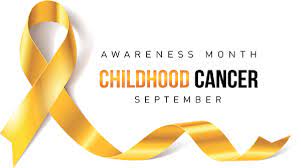 It is named after Dr Dennis Burkitt's, an Irish surgeon, who described this cancer while working in Uganda. Burkitt's lymphoma is usually seen in children but few cases in adults have been documented too. It is one of the fastest-growing cancers in humans with a rapid and aggressive clinical course.

Globally, Burkitt's lymphoma is endemic in certain regions of Africa and other tropical locations where malaria abounds. There is no racial predilection and males are affected 2-3 times more often than females.

Children affected with this condition normally present with jaw swelling. This swelling can be on one-sided or on both sides. Because of the rapidly enlarging nature of this tumour, the bones of the face is usually invaded by the tumour leading to severe distortion of the face in advanced cases. There usually is malalignment and loosening of the teeth in Burkitt's of the jaw - called dental anarchy in medical terms.

This cancer can also manifest as huge swellings around the neck when it affects the lymph nodes of the neck. It can also involve the abdominal organs, causing huge multiple swellings in the abdomen that can easily be seen and felt. It can also invade the brain with such patients showing signs that all is not well with the brain.


Some of the symptoms and signs of this cancer include:
Pain when the abdomen is touched - abdominal tenderness
Fluid development in the abdominal cavity
Abdominal mass or multiple masses
Enlargement of the liver and spleen
Bleeding into the skin appearing in the form of a skin rash

Signs such as severe headache, seizures, convulsions, visual disturbances and even paralysis indicate that the tumour has spread to the brain.
Painless lymph node swellings usually around the neck but can be anywhere.

Other nonspecific symptoms include nausea and vomiting, loss of appetite, change in bowel habits, weight loss and gastrointestinal bleeding.

Like all cancers in children, blood tests, x-rays and scans, bone marrow aspirate and lumbar puncture are done to determine the extent of the disease. Other tests are also done to determine the kidney function because the medications given can kill the tumour so fast that they can compromise an already struggling kidney. Stool and urine are tested to ensure no infections and worm infestations exist prior to commencement of the cancer medicines.

Also, since the cancer medications kill all rapidly dividing cells including blood cells, there may be the need to regularly check the blood levels as well as the white cells which protect against infections.

The severity of Burkitt's lymphoma in children correlates with how big the disease was at the time of diagnosis. Those caught in its early stages are very easy to cure. Those in advanced stages spread to other parts of the body are curable but requires very intense treatment protocol. Before the advent of aggressive therapeutic programmes, children with Burkitt lymphoma dying was the norm.

With appropriate management, however, the survival rate has improved significantly. With simple medications, given in cycles, a lot of children are declared cancer-free daily at the cancer unit of Korle Bu Children's Block.

Emotional support, good nutrition, psychological support and play therapists are very helpful to successfully treat children with cancer. Parental education and support groups are priceless in a holistic treatment of the family.

Once again, the single most important event that influences cure is early detection of these cancers. Now that NHIS covers cancer treatment in children, there is no reason why we should wait that long for such cancers to spread beyond salvage. Let us therefore, continue to be on the lookout for jaw swellings, abdominal swellings and other subtle signs described about that may point in the direction of Burkitt's lymphoma.