Can single life be fashionable? 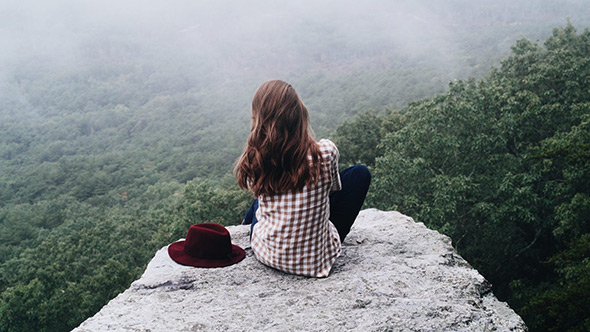 In the Ghanaian culture and tradition, the main focus in life is to marry, have children and raise a family to preserve the human race.

Marriage therefore is a sacred duty and every adult is expected to marry. The Akans have an axiom “wiase yetra no baano, baano” (human beings live in pairs in this world).

Adults who marry are therefore respected but those who refuse to marry lose respect because they are assumed to have committed a major social offence. Marriage is therefore highly respected in our society.

Marriage, however, appears to be losing its importance now. Single life appears to be replacing marriage because more and more adults are becoming single.

The phenomenon is global and stretches across social status, from the poor to the rich, educated and uneducated, skilled and unskilled. Research indicates that the proportion of people in single life has doubled in the last 30 years. It is also known, for example, that more than half of American women are single.

Why single life
Most adults in Ghana are single due to circumstances. Cost of living is very high. Many can’t afford more than a meal a day. Cost of marriage rites, accommodation, maintenance and children are above many adults. It is also known that some women are never asked to be married while some men claim not to have found suitable partners.

In addition to those forced into single life by divorce and loss of spouses, there are also traditional barriers, where some adults must wait for their elder siblings to marry before they can marry.

Some also stay single out of choice because it is more convenient for their life ambitions. Some have gone through very bad marriages. They withdraw and are afraid of subsequent failures. It is also known that some stay single out of selfishness. They have worked hard to make money and properties. The thought that someone can come in, enjoy their wealth and eventually take over their property at the expense of their relatives scares many. We must appreciate that some go into marriages just to acquire properties for their extended family.

We can also add that some are born celibates. They have no desire for sex and may have emotional problems that make it hard for them to relate to the opposite sex. Others are simply trapped in the wrong sexual body.
We also have the cultural shift due to foreign influence and lifestyle. Life isn’t what it used to be. Gone are the days when women met and discussed men, relationships and children. Now they talk of accomplishments, life goals policies and work.
Being in a relationship doesn’t appear to matter to most people now. It is now strictly cash, what you have and can do.

Some advantages of being single
Single life gives more freedom and independence. You answer to none or consult someone for important decisions. You eat what you want, go where you want or get to bed with whom you want to. You also have more control over your time. It is significant to observe that most women who are successful and high achievers are single women because they have the opportunity to use their talents and gifts fully. Single adults also have control over their finances.

A single person doesn’t have to tolerate another person’s habit for life. He can therefore stabilise his emotions as he doesn’t have to act to impress a partner. Some also argue that we can get everything in marriage without marrying so why buy a cow and worry about its maintenance if you can get free milk?

Some disadvantages of single life
Single life has loneliness. Research shows that women cope with single life better because they fill their time with social activities. Men are lonelier and less appreciative of what freedom single life brings even when studies show men are more reluctant to marry and leave marriages more than women.

We always have a draw back if we don’t have someone special to share in the things of life. The thought that someone loves you and will give you companionship, support, peace and joy is motivating. Single life is also more expensive as one has to bear all costs. Some single people appear self-centred and this affects parenting and social relationships.

Can simple life be fashionable?
Single life can never be fashionable. Completeness and self-sufficiency in single life will remain a myth because no human effort can defeat our makers plan for man. A man must care for his family, be united with his wife and become one flesh. When our maker said it is not good for man to be alone and therefore made him a woman, he meant just that.

A man will always need a woman and a woman will always need a man. Research has shown that married life is easier, happier and more fulfilling than single life if both partners work together. Two are always better than one because they have better reward for their labour.
Though one may be overpowered, two can defend themselves. Marriage will give you true love, peace and joy if you work for it.

If you decide to leave a single life let it be a voluntary choice to serve humanity but not a forced situation that makes you look at marriage with resentment. Marriage is good and honourable. It is our maker’s call to bless us. You deserve it.