BY: Enoch Darfah Frimpong
Category: Tell Us Why
30.5k Shares 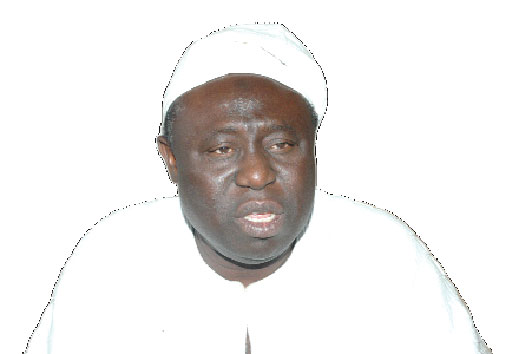 He was born into royalty and lacked nothing. Indeed, so  pampered  was he that at  a time when local travel by air was a novelty, he  frequently flew from the Northern Region to Accra for holidays during school vacations.

Yet, in spite of all the luxury, this young boy decided to make a mark for himself in life. And that was exactly what he did.

“As a child I loved so much to go to school and I didn’t want to stay at home. Even when I had malaria in the morning, I ensured that by the afternoon I was well enough to go to school,” he said.

Today, that young boy has become important; not only to the people of  Gonja but also Ghana and the African continent as far as football administration is concerned.


Indeed, the history of  football  administration in Ghana will not be complete without the mention of Lepowura Alhaji Mohammed Nuru-Deen Jawula,  the Lepowura of the Kujolobito Gate of Lepo-Kpembe in the Northern Region.

As the 20th Chairman of the Ghana Football Association (GFA), he distinguished himself so well that today, the continental football governing body, CAF, has appointed him to its Inter-Club Committee.


Sharing his childhood  story  with the Junior Graphic  at the GFA office  in Accra, Alhaji  MND Jawula, as he is affectionately called, said  his desire to excel  in life was based on the fact that, unlike other children from his village, he had the opportunity of  seeing  ‘two worlds’.

“A lot of the children from Kpandai at the time preferred going to work on  farms instead of attending school.  Most of these children had never seen the city before but I did and wanted to achieve so much in future,” he disclosed.

Lepowura said he was born at Cowlane in Accra in May 1949. However, because his father was the chief of Kpandai, he  was sent  to the north together with his mother and step-siblings  when he was three years old.

In the palace, Lepowura,  who was the only child of his   mother, was encouraged by his father to sit with the elders  and listen to some of the cases they  handled. “At the time, I did not know my father’s intention was to groom me for my future role as the traditional ruler of my people. Today, I’m well informed about the culture of my people because of that.”


With the  kind of exposure that Young Jawula  had, he got to know  the importance of money  early.

The Lepowura explained that as a young boy, he used part of his pocket money for school to purchase coconut, broke the coconut into six parts, ate one part and sold the rest to his class mates. According to him, he had enough money because of that.

Ordinarily, young boys of Kpandai in those days performed chores such as going to the farm and sweeping. However, because of his royal lineage, he was exempted from doing those chores.

Likewise in school, his teachers found it difficult to whip him or  give him chores  because of his royal status.

What Young Jawula did instead was to while  away time by playing football. “I could play football the whole day. I believe I’m physically fit today because of the exercises I did those days.”  As a youngster, he said he was well informed because he used a small transistor radio his mother bought for him to listen to news in Ghana and around the world as well as to learn to speak good English. 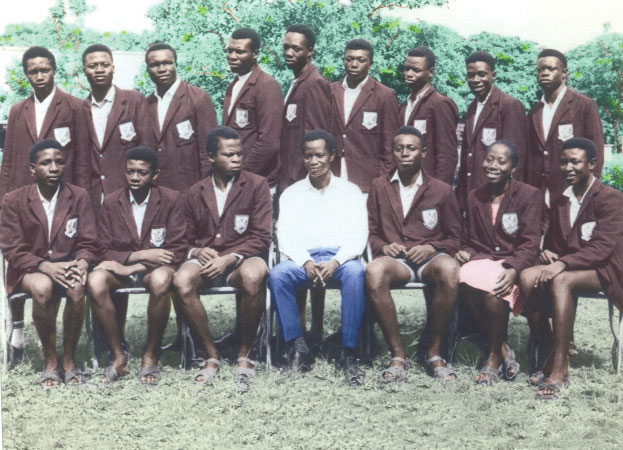 Can you believe that the headmaster of his school  often asked  him  to brief  the  whole school  on the latest news, both in Ghana and outside?

While he was growing up Young Jawula did not like studying until it was time for examinations but that did not help him in secondary school. His standard dropped while in Form Two at the Tamale Secondary School and following the advice of the headmaster, he changed his attitude and began spending more time with his books.

The Lepowura let us into his little secret when he confessed that, he could not wash his clothes well while in secondary school; as a result, he was  teased by his mates, some of  whom still tease him.

Alhaji Jawula, however, said he ensured that he never  engaged in activities that could get him in trouble at school - he never   sneaked out  to town to watch movies as others did and said he loved his secondary school days so much because he really had a good time.

“I performed well, was a good sportsman. A 100 metres runner and also played  table tennis,” he said, full of smiles.

It is not surprising that Young Jawula started politics in secondary school and became a school prefect at Tamale Secondary School. After sixth form, Young Jawula gained admission to the University of Cape Coast in 1968, where he read English and Economics for his first degree.

He pursued a Master’s programme in African Literature at the University of Ghana, Legon.

It was while pursuing  education at those two universities that he was lucky to have been taught by the famous writers;  Efua Sutherland and Ama Ata Aidoo, who he said influenced his life greatly.

After his education, Alhaji Jawula taught for some time at his alma mater, Tamale Secondary School and later  joined the civil service. He worked in a number of districts in the three northern regions as district chief executive.

In 1989, he travelled to Canada as a fellow at the University of Carlton, Ottawa. On his return, he worked in a number of ministries including the Ministry of Finance as an administrator, Chief Director, Ministry of Harbours and Railways and the Ministry of Health  and retired honourably.

In football, he was Chairman of the Real Tamale United Football Club and that was how he joined the country’s football governing body. Lepowura Alhaji Jawula is married with children.