Oxford vaccine: How did they make it so quickly? 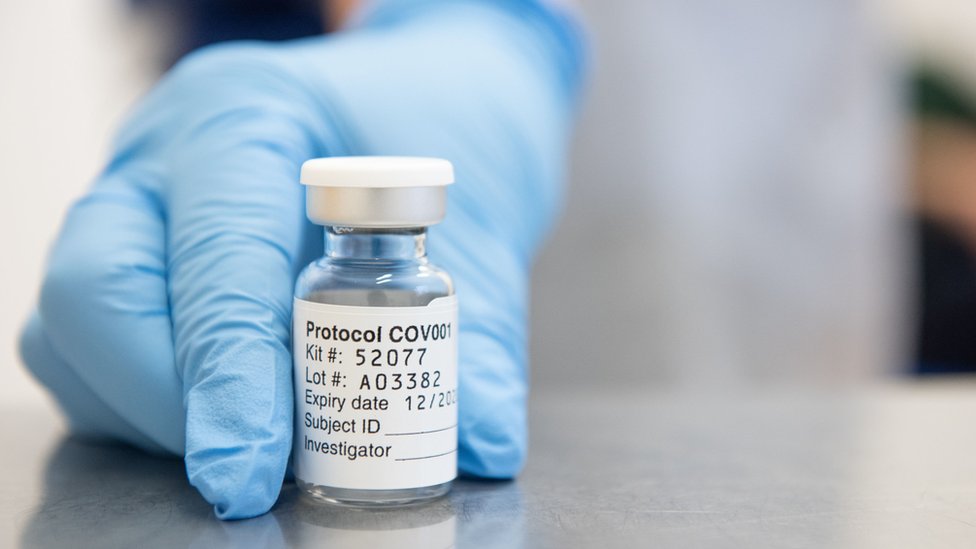 Ten years' vaccine work achieved in about 10 months. Yet no corners cut in designing, testing and manufacturing.

They are two statements that sound like a contradiction, and have led some to ask how we can be sure the Oxford vaccine - which has published its first results showing it is highly effective at stopping Covid-19 - is safe when it has been made so fast.

So, this is the real story of how the Oxford vaccine happened so quickly.

It is one that relies on good fortune as well as scientific brilliance; has origins in both a deadly Ebola outbreak and a chimpanzee's runny nose; and sees the researchers go from having no money in the bank to chartering private planes.

The biggest misconception is the work on the vaccine started when the pandemic began.

"The world should have done better," Prof Sarah Gilbert, the architect of the Oxford vaccine, told me.

In the recriminations that followed, a plan emerged for how to tackle the next big one. At the end of a list of known threats was "Disease X" - the sinister name of a new, unknown infection that would take the world by surprise.

The Jenner Institute at the University of Oxford - named after the scientist that performed the first vaccination in 1796, and now home to some of the world's leading experts - designed a strategy for defeating an unknown enemy.

"We were planning how can we go really quickly to have a vaccine in someone in the shortest possible time," Prof Gilbert said.

"We hadn't got the plan finished, but we did do pretty well."

The central piece of their plan was a revolutionary style of vaccine known as "plug and play". It has two highly desirable traits for facing the unknown - it is both fast and flexible.

Conventional vaccines - including the whole of the childhood immunisation programme - use a killed or weakened form of the original infection, or inject fragments of it into the body. But these are slow to develop.

Instead the Oxford researchers constructed ChAdOx1 - or Chimpanzee Adenovirus Oxford One.

Scientists took a common cold virus that infected chimpanzees and engineered it to become the building block of a vaccine against almost anything.

Before Covid, 330 people had been given ChAdOx1 based-vaccines for diseases ranging from flu to Zika virus, and prostate cancer to the tropical disease chikungunya.

The virus from chimps is genetically modified so it cannot cause an infection in people. It can then be modified again to contain the genetic blueprints for whatever you want to train the immune system to attack. This target is known is an antigen.

ChAdOx1 is in essence a sophisticated, microscopic postman. All the scientists have to do is change the package.

"We drop it in and off we go," said Prof Gilbert.