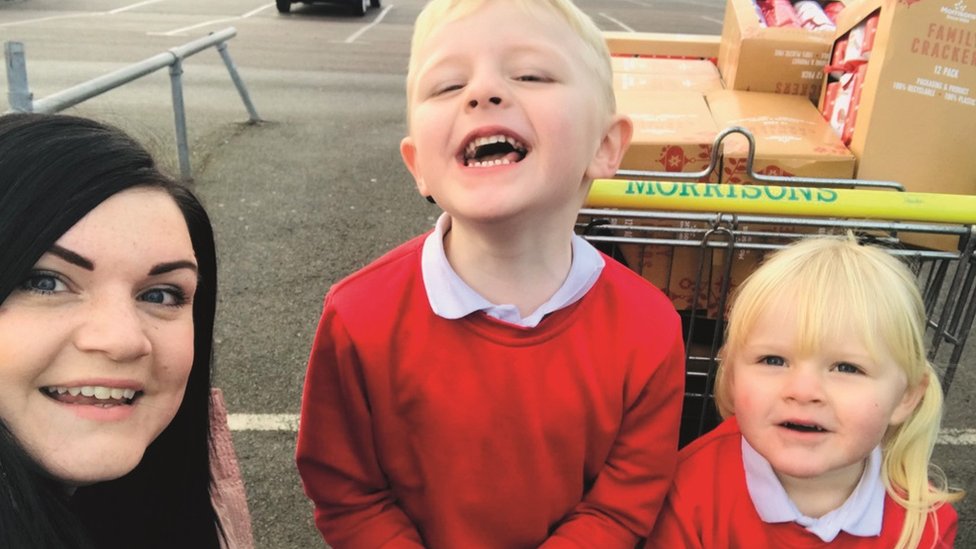 A five-year-old boy has helped his mother to arrange Christmas gifts for his whole school to make everyone "smile" after a difficult year.

Harry said, he and his three-year-old sister, Jessica, had "saved Christmas".

"He was so excited. He's gone into school so happy because he wants to make every single child happy," his mother said.

"That's the main objective really, just to bring a smile to everyone's face."

Harry's suggestion was supported by donations from other parents, and Morrisons supermarket at North Quay retail park provided half the crackers for free and the rest at a discounted price.

The family raised £240 in two days, and had enough money left over to put together Christmas goodie bags, featuring badges and spinning tops, for the school's 350 pupils.

"I think people are becoming more aware of what's happening in the community and ways they can help… this year everyone's really driven," Ms Lord said.

The gifts were dropped at the school on Wednesday, and will remain in isolation until they are handed out during lunch on 16 December.

Kirsten Stone, the deputy head teacher, said their usual Christmas fundraising activities, such as the Christmas fete, had been postponed due to coronavirus.

"Being able to give crackers to the children will hopefully bring a really festive spirit, and just make things feel as normal as possible," she said.

"Harry's a very engaging and special little boy, he and Jessica are lovely children."