Why do flies rub their legs together? 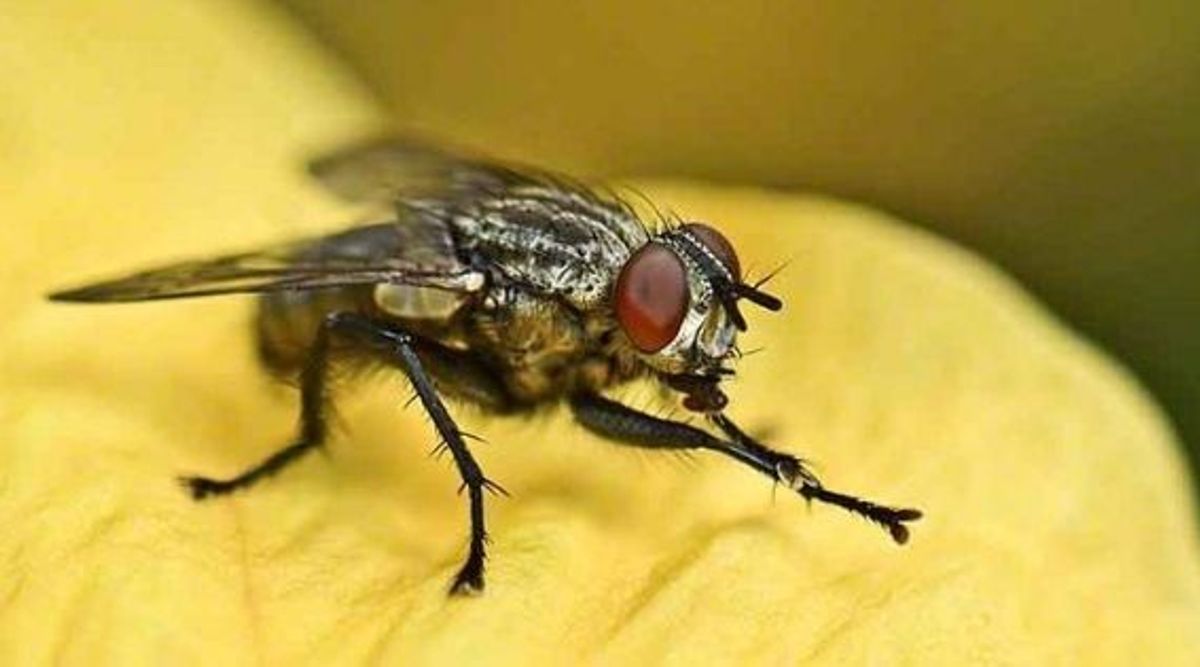 It’s a natural thing to consider the housefly a nuisance. It makes an irritating buzzing sound; it annoys you when it crawls on your skin; and so on. For ages that’s what man considered the fly to be  just a nuisance.

It wasn’t until the 20th century that we found out that the innocent-looking housefly is one of man’s worst enemies. It is discovered that these flies carried disease germs that cause the death of millions of people every years!
When you see a fly rubbing its legs together, it is just cleaning itself, and scraping off some of the material that has gathered there.
But how dangerous that material may be! It may be the bacteria of such diseases as typhoid fever, tuberculosis, or dysentery. Flies get such germs from garbage and sewage. Then, if they happen to touch our food, the germs spread to the food, and if we eat it, we may become infected.
How does the fly carry these germs  around? If you were to look at a fly under the magnifying glass, you would notice that the fly’s body isn’t smooth at all. It’s whole body, its claws, and its padded feet, are  covered with bristling hairs. The fly’s tongue is also coated with sticky glue.
This means that practically any place the fly stops for even a moment, it’s going to pick up things that stick to its body, its feet, or its tongue. In fact, each foot on its three pairs of legs has claws and two hairy pads---- so it can make plenty of ‘pick-ups!’ By the way, a sticky liquid is secreted by the fly’s pad, and it is this which enables the fly to walk upside down on the ceiling, or any surface.
Did you know that flies are among the oldest insects known? Fossil remains of flies have been found that are million of years old.
Will we ever get rid of flies altogether? The only way we can bring this about is to prevent them from breeding. And for this to be done, conditions have to be made very sanitary all over the world.