US couple charged with ‘torture’ of their foster child in Uganda 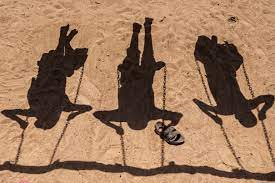 An American couple in Uganda has been charged with “aggravated torture” of a 10-year-old boy in their care, police said.

Nicholas Spencer and his wife, Mackenzie Leigh Mathias Spencer, both aged 32, were charged last Friday and remanded to Luzira Prison, a maximum security facility on the outskirts of the capital Kampala, police said.
They were due to appear in court for a bail hearing on Wednesday.

The couple have three Ugandan children with them under foster care, including the victim, police said.

The charges allege that they “constantly tortured” the boy between 2020 and 2022, with neighbours sounding the alarm for the child who attended a school for children with special needs in Kampala.

When police raided the house, they found CCTV footage.
“Our team of investigators established, that the couple kept the victim barefoot, and naked throughout the day, would occasionally make him squat in an awkward position, with his head facing the floor and hands spread out widely, he spent his nights on a wooden platform, without a mattress or beddings and was served cold meals from the fridge,” the police statement said.

“We believe, the victim could have endured more severe acts of torture, away from the camera,” it added.

The police statement urged social workers to constantly monitor the wellbeing of vulnerable children and those in foster homes, saying: “What happened to the victim, in the last couple of years, probably could have been prevented, if they had closely monitored the well-being of the foster children.”

The couple arrived in Uganda country in 2017 to volunteer at a United States-based non-profit in the town of Jinja before moving to Naguru, an upmarket Kampala suburb, to work at a start-up, police said.