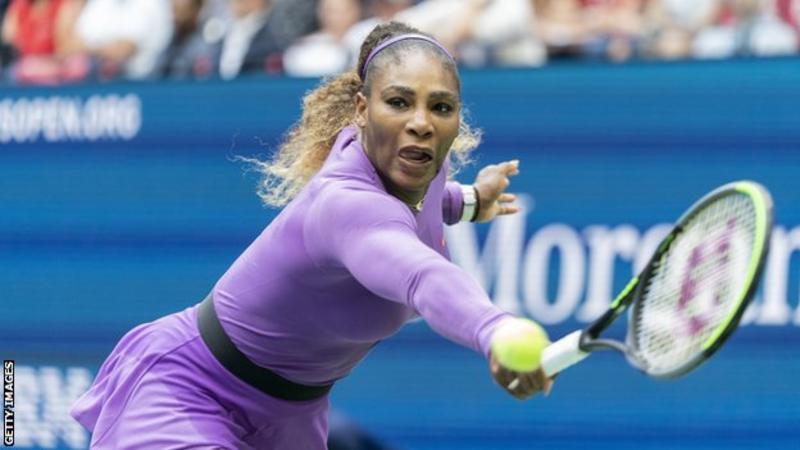 Serena Williams says she is still planning to play this month's US Open and the French Open in September.

World number one Ashleigh Barty and fellow top 10 players Elina Svitolina and kiki Bertens have all withdrawn from the US Open, which is set to begin on 31 August in New York.

The rescheduled French Open starts on 27 September at Roland-Garros in Paris.

"I see myself doing it all if it happens," said 23-time Grand Slam champion Williams.

Williams is set to play in the WTA Top Seed Open in Lexington, Kentucky next week as preparation for the US Open, which she has won six times.

Barty and Svitolina pulled out of the US Open because of concerns over travelling to the United States during the coronavirus pandemic, while Bertens, from the Netherlands, withdrew because of Dutch government regulations that require people returning from the US to quarantine for two weeks.

World number two Simona Halep is also not expected to play in the tournament, which will be held behind closed doors, while defending champion Rafael Nadal and Nick Kyrgios have withdrawn from the men's event.

Williams, 38, said she had become "a little bit of a recluse" during the pandemic.

"I don't have full lung capacity so I'm not sure what would happen to me - I'm sure I would be OK but I don't want to find out," she added.

"I have like 50 masks that I travel with, I'm super, super careful with what I've been doing, and everyone in the Serena bubble is really protected.

"Because at the end of the day it's cool to play tennis, but this is my life and this is my health, so I've been a little neurotic to an extent but that's just what I have to be right now."