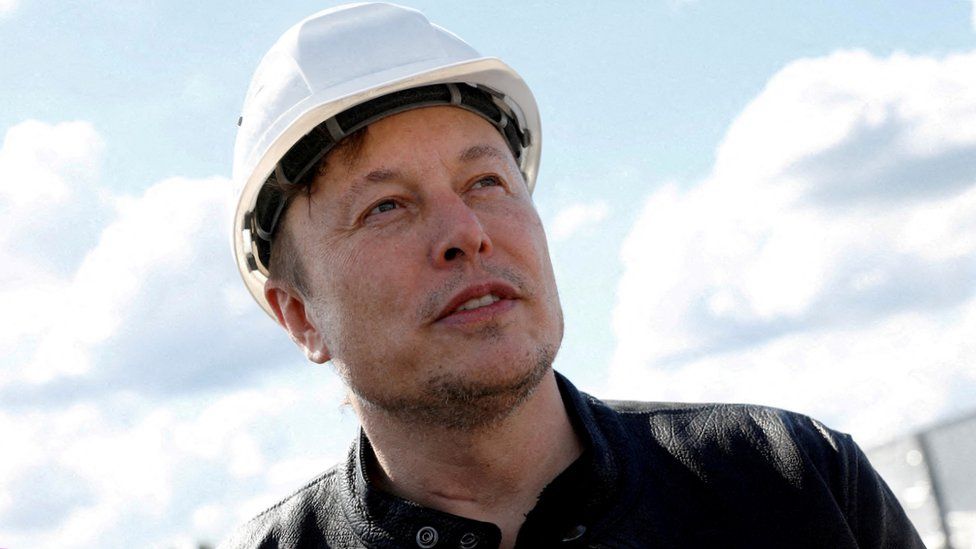 Elon Musk says Tesla's new factories in Germany and the US are "losing billions of dollars" due to battery shortages and supply disruptions in China.

Covid-19 lockdowns in China this year, including in Shanghai where Tesla has a huge factory, have made it increasingly difficult for manufacturers to operate.

In recent weeks Mr Musk has been warning of job cuts at the firm.

"Both Berlin and Austin factories are gigantic money furnaces right now. It's really like a giant roaring sound, which is the sound of money on fire," said Mr Musk, who is the electric vehicle maker's chief executive.

The plants are "losing billions of dollars right now. There's a ton of expense and hardly any output," he added in an interview with the Tesla Owners of Silicon Valley, a company-recognised club.

Mr Musk said the so-called gigafactories have been struggling to increase production since they were opened earlier this year.

Tesla's site in Austin currently produces a "tiny" number of cars, partly because some components for its batteries were "stuck" at a Chinese port "with no one to actually move it", he said.

"This is all going to get fixed real fast but it requires a lot of attention," Mr Musk added.

The interview was recorded at the end of last month but this part of the conversation was only posted on Wednesday.

Authorities in China locked down a number of its cities earlier this year in response to a surge in Covid-19 infections.

Tough restrictions were imposed on the movement of people and materials including in the financial, manufacturing and shipping hub of Shanghai.

Mr Musk said the shutdown of Shanghai was "very, very difficult" for Tesla, which reportedly halted most of its production at its 'gigafactory' in the city for weeks.

The site will largely be closed again for two weeks next month for upgrading works, according to the Reuters news agency, which cited an internal memo.

This is aimed at boosting the site's output, bringing it closer to the company's goal of the plant producing 22,000 cars every week, the report said.

Tesla did not immediately respond to a BBC request for comment.

Last week, the company raised the price of its whole range of cars in the US by almost 5%, as the cost of raw materials including aluminium and lithium rose.

This week, Mr Musk said Tesla planned to shed 3.5% of its global workforce after earlier saying that he had a "super bad feeling" about the economy.

Meanwhile, German carmaker BMW said on Thursday that it had formally begun production at its new $2.2bn (£1.8bn) facility in the northeastern Chinese city of Shenyang.