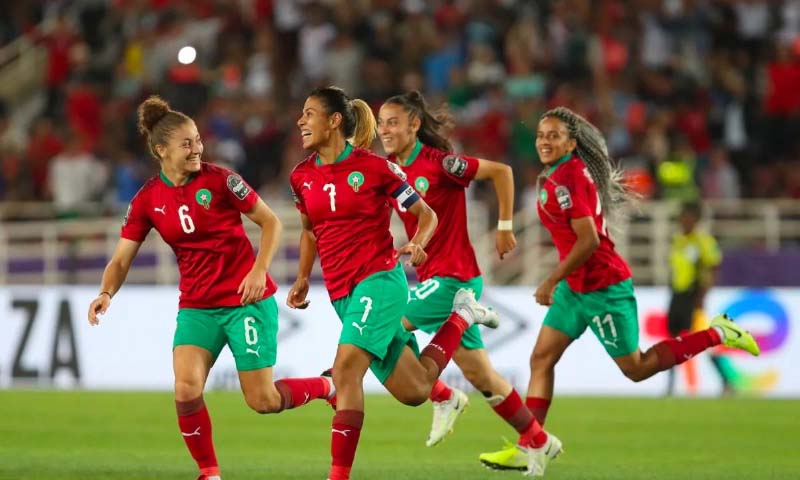 Women's soccer is experiencing a revival of interest on the continent with the African Women's Cup of Nations, organized in Morocco from July 2 to 23.

The competition is being broadcast in more than 60 countries but with fewer adverts compared to the men’s competition.

"Media-wise, I think that the more we advance into the competition, things will be much clearer, especially if Morocco will advance and continue to win. Regarding media coverage, I think we could do much more in terms of billboards in the cities of the Kingdom so that people see that the women's CAN is being staged here. It is true that this is just but the beginning of this tournament. For the moment, we are satisfied but we can do better," said Statement Moussa Ndaw former player and sports consultant.

Radio Mars...the first sports radio in Morocco has taken a noble initiative to cover the tournament. It offers programs dedicated to women's soccer broadcasting all the matches live. They also do analysis that in turn gives women's sport the highlight it deserves.

"On the occasion of this CAN organized in Morocco, the management of Radio Mars has decided to devote an hour and a half per day to this program dedicated to women's soccer to ensure daily coverage and give listeners the latest news of this competition," said Sara Moujahid a journalist at Radio Morocco.

"The African Women's Cup of Nations competition has allowed spectators and those interested in women's soccer to discover the players and their qualities on the field," said El Mehdi Kasoua, a consultant and specialist in women's soccer.

Media is offering a very important platform for all women's sports and soccer in particular.

Here at Radio Mars, relevant players and stakeholders are being treated equally without bias.