Is New Year's Day the same around the world? 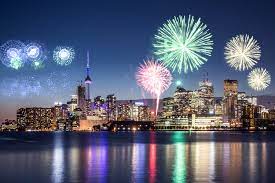 Welcoming the new year is one of the oldest and gayest customs celebrated the world over.
30.5k Shares

Welcoming the new year is one of the oldest and gayest customs celebrated the world over.

The ancient Greeks began their new year with the new moon after June 21. Before the time of Julius Caesar, the Roman new year started on March 1. In most European countries during the Middle Ages, the new year began on March 25.

What about today? In most Christian counties the new year begins on January 1. But other countries and religions observe New Year’s Day on different dates, according to the calendars they use.

The Chinese celebrate two New Year’s Days. One is on January 1, and the other takes place on the New Year’s Day reckoned according to the Chinese lunar calendar. This may occur any time between January 21 and February 19.

Indonesia also has two New Year celebrations, one on January 1 and another on the Islamic New Year, a date that varies from year to year. The Russian Orthodox Church observes the New Year according to the Julian calendar, which places the day on January 14.

The Jewish New Year, Rosh Hashanah, is celebrated about the time of the autumnal equinox at the end of September or the beginning of October. In Vietnam the New Year usually begins in February.

Iran celebrates New Year’s Day on March 21. Each of the religious groups in India has its own date for the beginning of the year. One Hindu New Year comes sometime in April or May.

The people in Morocco observe the beginning of the year on the tenth day of Muharram, the first month of the Islamic year. The Koreans celebrate their New Year during the first three days in January.

By the way, the custom of sending New Year’s cards is a very old one. The Chinese have been doing it for more than one thousand years. Their cards carried the name of the visitor who came to call, but no greeting or message.

More Tell me Why