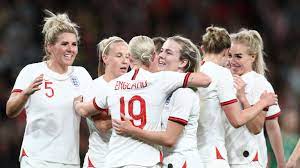 England women have moved up to fourth in Fifa's world rankings - a rise of four places - following the team winning Euro 2022.

Sarina Wiegman's side beat Germany, who have risen three places to second place, in the final to win their first major tournament.

The USA, who won the Concacaf W Championship in July, stay in top spot.

Zambia reached the semi-finals of that tournament and have moved up 23 places to 80th in the rankings.

Scotland are 23rd, Wales 30th and Northern Ireland 50th respectively, while the Republic of Ireland are 26th.