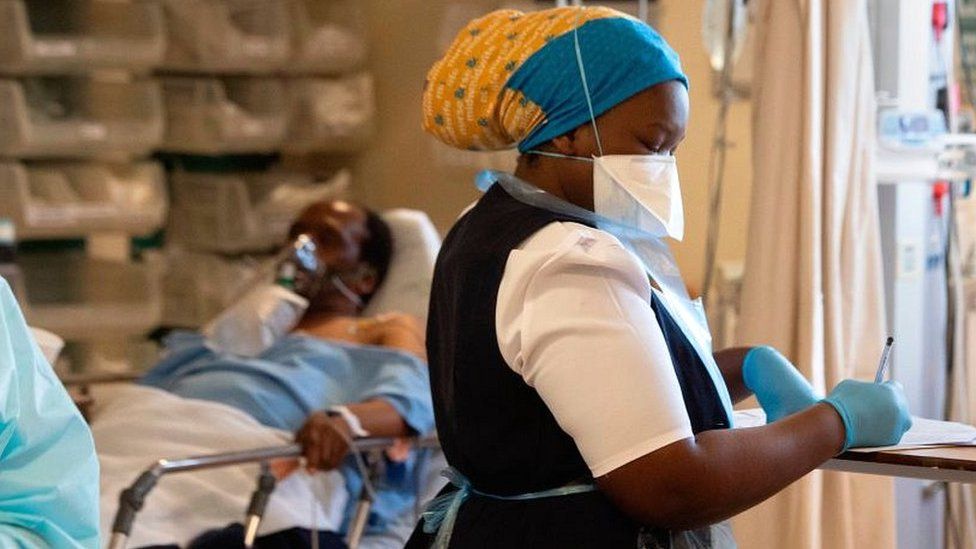 There is evidence that the death rate for those infected with Covid-19 in Africa is on the increase.

And although the overall number of new cases has fallen in some countries, it remains persistently high in others, with many of these cases possibly linked to new variants of the virus.

What's happening to case numbers?
At least 40 countries have now seen a second wave of the pandemic, including all countries in the southern Africa region, says the Africa Centres for Disease Control (CDC).

"This new wave of infections is thought to be associated with the emergence of variants that are more transmissible."

A new variant of the virus - known as 501.V2 - emerged in South Africa last year, and has contributed to record case numbers in the southern African region, according to the World Health Organization (WHO).

South Africa variant: What's the risk?
"Initial analysis indicates that the variant... may spread more readily between people," according to the WHO.

However, it doesn't appear to cause more serious illness.

In South Africa itself, daily new case numbers have started to fall significantly after a second peak.