Is the Western way of raising kids weird? 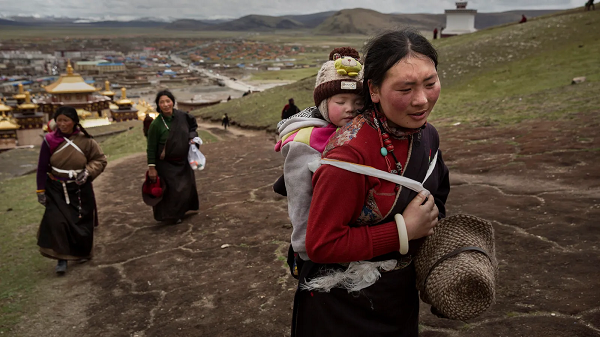 The idea that babies shouldn’t wake up at night is a cultural myth, according to some experts (Credit: Getty Images)
30.5k Shares

From sleeping in separate beds to their children to transporting them in prams, Western parents have some unusual ideas about how to raise them.

"Is he in his own room yet?" is a question new parents often field once they emerge from the haze of life with a newborn. But sleeping apart from our babies is a relatively recent development – and not one that extends around the globe. In other cultures sharing a room, and sometimes a bed, with your baby is the norm.
This isn’t the only aspect of new parenthood that Westerners do differently. From napping on a schedule and sleep training to pushing our children around in strollers, what we might think of as standard parenting practices are often anything but.
Parents in the US and UK are advised to have their babies sleep in the same room as them for at least the first six months, but many view this as a brief stopover on their way to a dedicated nursery.
In most other societies around the world, babies stick with their parents longer. A 2016 review that looked at research on children sharing not just a room but a bed with one or more of their parents found a high prevalence in many Asian countries: over 70% in India and Indonesia, for example, and over 80% in Sri Lanka and Vietnam. Research on bedsharing rates in countries across Africa is patchy, but where it does exist suggests the practice is near-universal.
Debmita Dutta, a doctor and parenting consultant in Bangalore, India, says that despite Western influences, bedsharing remains a strong tradition in India – even in households where children have their own rooms. "A family of four has three bedrooms, one each for each child and for the parents, and then you would find both the children in the parent's bed," she says. "It's that common."
Bedsharing is one way to reduce the burden of babies waking up at night, says Dutta. Her own daughter had a rollout bed next to her parents' that she could sleep on until she was seven years old. "Even after she stopped breastfeeding, she still liked to sleep with us in the same room," she says.
Many parents in Western societies instead turn to sleep training methods, the most extreme version of which involves leaving a baby on their own to "cry it out", in an effort to encourage their babies to sleep for longer stretches so their parents can get some much-needed rest. In Australia there are even state-funded residential sleep schools parents can check-into, to sleep train their children.
Encouraging early independence aligns with a typical Western cultural focus on individualism. For that reason, bedsharing can seem to some like giving in to your child, and encouraging them to stay dependent on their parents. But parents with a more collectivist mindset, like Dutta, usually don't see it that way. "You give them some self-confidence and some independence, they will separate from you on their own," she says. "They will not stick to you forever."