All schools shut in Nigeria's Zamfara state after abductions 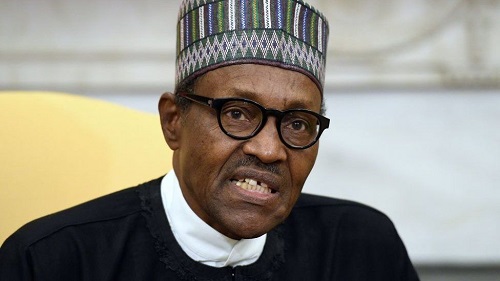 Muhammadu Buhari is the President of Nigeria

All schools have been ordered to close in Nigeria's north-western Zamfara state following the latest mass abduction of students.

A teacher said 76 students, most of them girls, and a member of staff had been taken.

Reports say more children may have been seized as 400 were enrolled at the school.

At least one child was critically injured when the gunmen opened fire, the reports say.

Kidnappings of schoolchildren continue in northern Nigeria despite the deployment of thousands of troops.

Meanwhile, 15 fishermen kidnapped by militant Islamist group Boko Haram Islamist on Monday around Lake Chad have been freed, according to a local teacher who was also abducted.

The teacher said the fishermen were seized because they ventured into an area controlled by the militants.

The incident comes at a time when the militants have stepped up attacks in Cameroon's Far North region and the north-eastern region of neighbouring Nigeria.