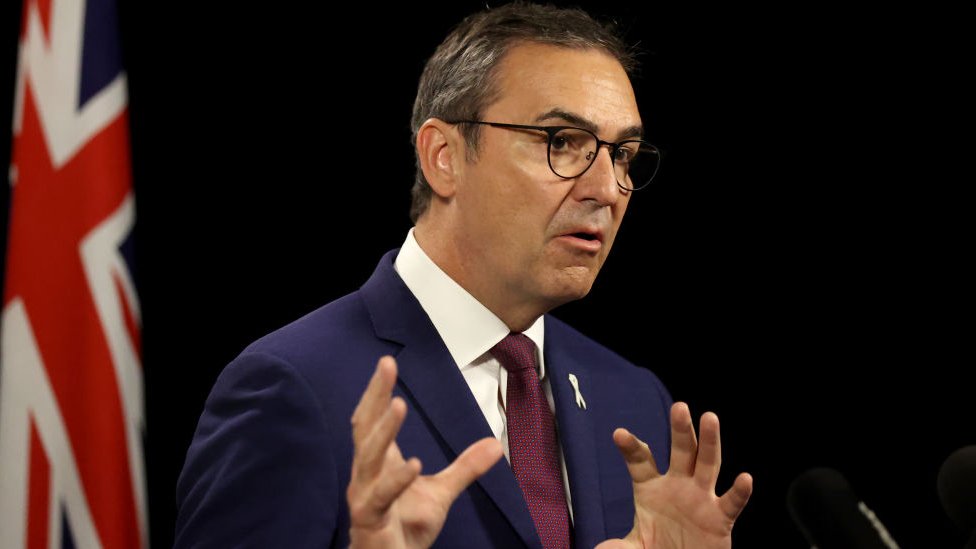 Adelaide went into lockdown with the rest of South Australia on Wednesday.

South Australia decided to enter a state-wide lockdown based on a lie told by a man with Covid-19 about his link to a pizza shop, police say.

The strict lockdown began on Wednesday after the state detected 36 infections, including its first locally acquired cases since April.

But this would have been avoided if the man had told the truth, that he worked shifts at the shop, officials said.

He said he only went there to buy a pizza.

This misinformation prompted health officials to assume the man had caught the virus during a very brief exposure and that the strain must be a highly contagious one.

"To say I am fuming is an understatement," state Premier Steven Marshall told reporters on Friday.

"We are absolutely livid with the actions of this individual and we will be looking very carefully at what consequences there [are] going to be," Mr Marshall added.

But that would not include police action against the man because there was "no penalty associated with telling lies", said South Australia Police Commissioner Grant Stevens.

"We were operating on a premise that this person had simply gone to a pizza shop, [with] very short exposure and walked away having contracted the virus," he added.

"We now know they are a very close contact of another person who has been confirmed as being positive with Covid. It has changed the dynamic substantially.

"Had this person been truthful to the contact-tracing teams, we would not have gone into a six-day lockdown."

State officials said they would lift the lockdown on Saturday - three days earlier than planned - after recording only three new cases on Friday.

Police did not identify the man, but said he worked at the Woodville Pizza Bar in Adelaide.

Sydney Morning Herald newspaper reported that he worked with a security guard who contracted the virus at a quarantine hotel at the centre of the outbreak, which prompted South Australia to go on high alert on Monday.

When asked by reporters if the shop may need extra security because of public anger, Mr Stevens said: "There are all sorts of things we are considering at this point."

The state's outbreak follows neighbouring Victoria's success in crushing a second wave of coronavirus which caused about 800 deaths.

Victoria has recorded 21 consecutive days of no cases or deaths after its capital, Melbourne, emerged from a strict four-month lockdown.

Australia has recorded about 900 deaths and 28,000 infections in total.