Syria War: What you need to know about the conflict 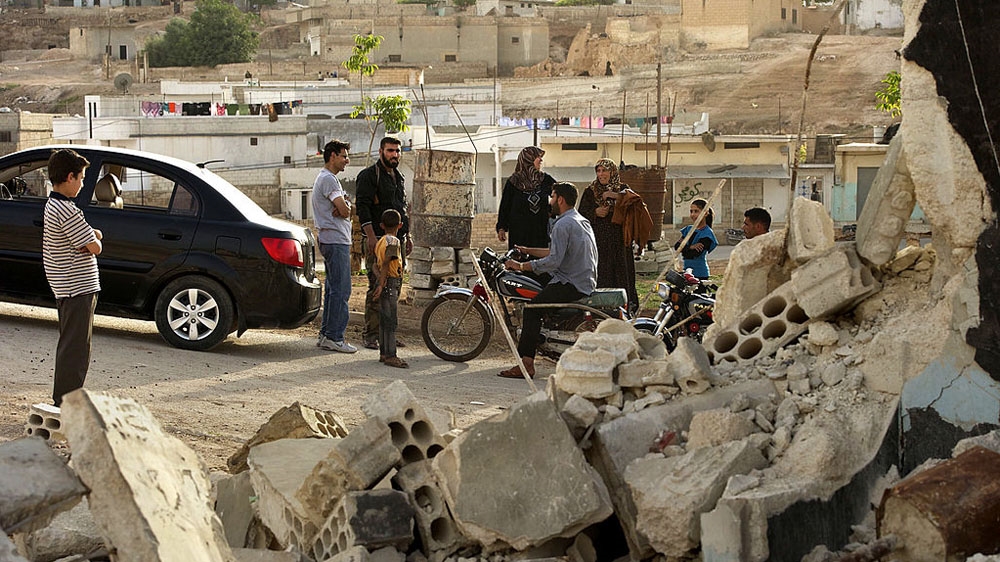 Five years since the conflict began, more than 450,000 Syrians have been killed in the fighting, more than million injured and over 12 million Syrians - half the country's prewar population - have been displaced from their homes.

That March, peaceful protests erupted in Syria as well, after 15 boys were detained and tortured for having written graffiti in support of the Arab Spring. One of the boys, 13-year-old Hamza al-Khateeb , was killed after having been brutally tortured.

The Syrian government, led by President Bashar al-Assad, responded to the protests by killing hundreds of demonstrators and imprisoning many more. In July 2011, defectorsfrom the military announced the formation of the Free Syrian Army, a rebel group aiming to overthrow the government, and Syria began to slide into civil war.

What caused the uprising?

Initially, lack of freedoms and economic woes fuelled resentment of the Syrian government, and public anger was inflamed by the harsh crackdown on protesters. Successful uprisings in Tunisia and Egypt energised and gave hope to Syrian pro-democracy activists. Many Islamist movements were also strongly opposed to the Assads' rule.

In 1982, Bashar al-Assad's father, Hafez, ordered a military crackdown on the Muslim Brotherhood in Hama, which killed between 10,000-40,000 people and flattened much of the city.

Even global warming has been claimed to have played a role in sparking the 2011 uprising.

A severe drought plagued Syria from 2007-10, spurring as many as 1.5 million people to migrate from the countryside into cities, which exacerbated poverty and social unrest. Although the initial protests were mostly non-sectarian, armed conflict led to the emergence of starker sectarian divisions.

Minority religious groups tend to support the Assad government, while the overwhelming majority of opposition fighters are Sunni Muslims. Although most Syrians are Sunni Muslims, Syria's security establishment has long been dominated by members of the Alawite sect, of which Assad is a member.

The sectarian split is reflected among regional actors' stances as well. The governments of majority-Shia Iran and Iraq support Assad, as does Lebanon-based Hezbollah; while Sunni-majority states including Turkey, Qatar, Saudi Arabia and others staunchly support the rebels.

Foreign backing and open intervention have played a large role in Syria's civil war. An international coalition led by the United States has bombed targets of the Islamic State of Iraq and the Levant (ISIL, also known as ISIS) group since 2014.

In September 2015, Russia launched a bombing campaign against what it referred to as "terrorist groups" in Syria, which included ISIL as well as rebel groups backed by Western states.

Russia has also deployed military advisers to shore up Assad's defences. Several Arab states, along with Turkey, have provided weapons and materiel to rebel groups in Syria.

Many of those fighting come from outside of Syria. The ranks of ISIL include a sizeable number of fighters from around the world. Lebanese members of Hezbollah are fighting on the side of Assad, as are Iranian and Afghan fighter.

Although the US has stated its opposition to the Assad government, it has hesitated to involve itself deeply in the conflict, even after the Assad government allegedly used chemical weapons in 2013, which US President Barack Obama had previously referred to as a "red line" that would prompt intervention.

In October 2015, the US scrapped its controversial programme to train Syrian rebels, after it was revealed that it had spent $500m but only trained 60 fighters.

On  November 26, the Syrian army has launched a military offensive on Aleppo. In less than a month, Syrian troops, with unfettered Russian air support, were able to recapture 90 percent of the eastern part of Aleppo. On December 13, the Syrian army claimed that 98 percent of east Aleppo was in the hands of regime forces.

Besides, Aleppo, the Syrian army currently controls the capital, Damascus, parts of southern Syria and Deir Az Zor, much of the area near the Syrian-Lebanese border, and the northwestern coastal region. Rebel groups, ISIL, and Kurdish forces control the rest of the country.

Rebel groups continue to jockey against one another for power, and frequently fight each other. The Free Syrian Army has weakened as the war has progressed, while explicitly Islamist groups, such as the al-Nusra Front, which has pledged allegiance to al-Qaeda.

In 2013, ISIL  emerged in northern and eastern Syria after overrunning large portions of Iraq. The group quickly gained international notoriety for its brutal executions and its energetic use of social media.

Meanwhile, Kurdish groups in northern Syria are seeking self-rule in areas under their control. This has alarmed Turkey's government, which fears its large native Kurdish population may grow more restive and demand greater autonomy as a result.

Last August, Turkish troops and special forces backed by the Free Syria Army launched operation "Euphrates Shield" against the Islamic State of Iraq and the Levant (ISIL, also known as ISIS) to liberate the strategic Syrian city of Jarablus on the border with Turkey.

Euphrates Shield operation is considered to be the first Turkish ground intervention in Syria since the Syrian crisis started in 2011.

The Syrian war is creating profound effects far beyond the country's borders. Lebanon, Turkey, and Jordan are hosting large and growing numbers of Syrian refugees, many of whom have attempted to journey onwards to Europe in search of better conditions.

Fighting has occasionally spilled over from Syria into Lebanon, contributing to the country's political polarisation.Several rounds of peace talks have failed to stop the fighting. Although a ceasefire announced in February 2016 has limited fighting in some parts of Syria, recent government air strikes in Aleppo have prompted uncertainty about the ceasefire's future.

But with much of the country in ruins , millions of Syrians having fled abroad, and a population deeply traumatised by war, one thing is certain: Rebuilding Syria after the war ends will be a lengthy, extremely difficult process.