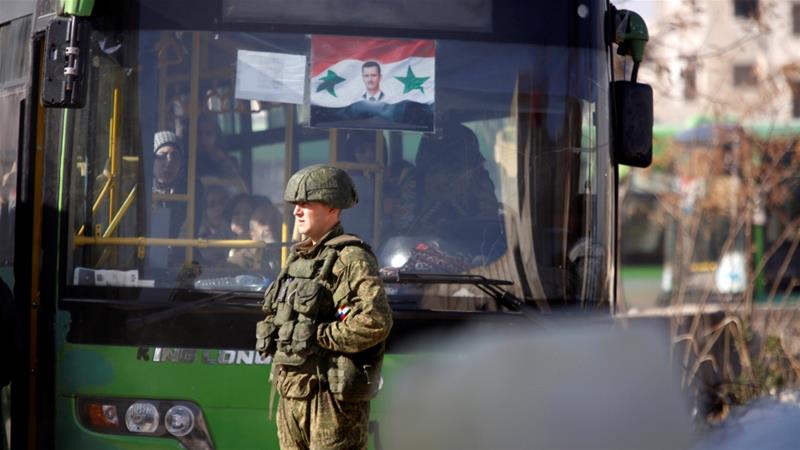 The Syrian government has suspended the evacuation of civilians and fighters from eastern Aleppo, accusing rebels of breaking terms of the deal.

Government sources said rebels had blocked the evacuation of civilians from two pro-government towns elsewhere in Syria, agreed under the truce.

Meanwhile buses carrying people from eastern Aleppo were fired upon.

At least 6,000 people have left the city since Thursday, but the UN says at least 50,000 are still trapped.

Various reasons for the suspension of the delicate evacuation operation from the city are emerging.

State TV said rebels had tried to take captives with them as they left the besieged enclaves.

Meanwhile, a military news outlet affiliated with the Syrian government said protesters had blocked a road being used to evacuate fighters and civilians, demanding people be allowed to leave the mainly Shia towns of Foua and Kefraya in Idlib province - an area controlled by rebels opposed to President Bashar al-Assad.