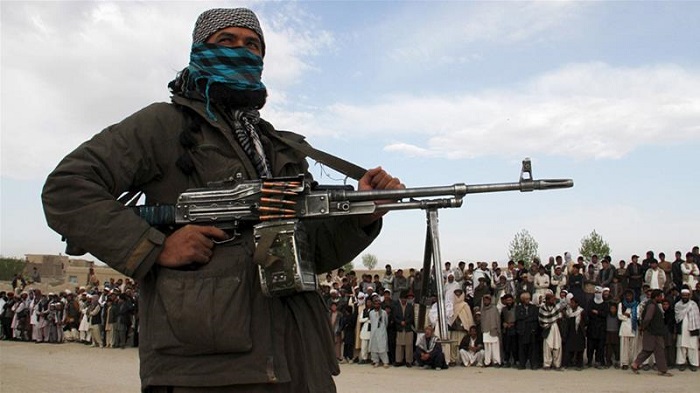 A Taliban fighter stands at the site of a public execution of three men in Ghazni province in 2015 [Reuters]
30.5k Shares

Taliban fighters publicly hanged a university student after accusing him of killing a senior intelligence officer.

The militia took Faizul Rehman, a fourth-year student at Kabul Polytechnic university, from his car as he travelled home to visit his family in the Chak district of Maidan Wardak province, about 60km west of the capital Kabul on Thursday.

"They hanged him on Friday in front of [the] public. Local elders tried to mediate to release him, but they failed," Abdul Rehman Mangal, a spokesman for the governor of Maidan Wardak, told AFP news agency on Saturday.

"They accused him of killing Mullah Mirwais, the head of their intelligence in the area," he said.

The Afghan interior ministry confirmed the execution and said they had launched an investigation "to arrest and punish the perpetrators of this criminal act".

Zabiullah Mujahid, a Taliban spokesman, said they were investigating the case.

Since their ouster in 2001, the Taliban have executed people they accuse of spying for foreign or Afghan forces, and have staged public stonings or lashings of those found to have committed adultery, or had sex outside marriage.