Sarkozy goes on trial for corruption 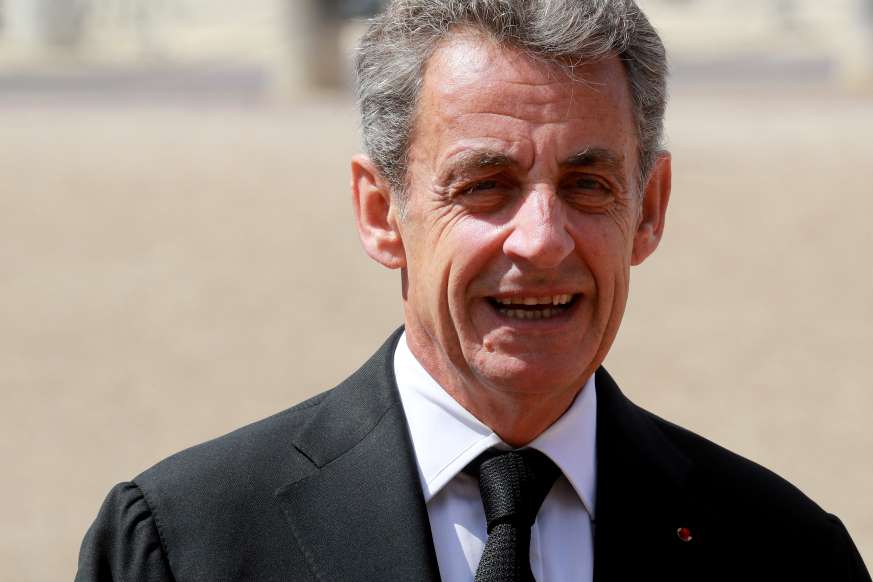 Former French president Nicolas Sarkozy goes on trial on Monday accused of trying to bribe a judge and of influence-peddling, one of several criminal investigations that threaten to cast an ignominious pall over his decades-long political career.

Prosecutors allege Sarkozy offered to secure a plum job in Monaco for judge Gilbert Azibert in return for confidential information about an inquiry into claims that Sarkozy had accepted illegal payments from L'Oreal heiress Liliane Bettencourt for his 2007 presidential campaign.

Investigators had from 2013 been wiretapping conversations between Sarkozy and his lawyer Thierry Herzog as they delved into allegations of Libyan financing in Sarkozy's 2007 campaign.

As they did, they learned that Sarkozy and his lawyer were communicating using mobile phones registered under false names. Sarkozy's phone was registered to a Paul Bismuth.

Prosecutors have said the wiretaps revealed that Sarkozy and Herzog had on multiple occasions discussed contacting Azibert, a magistrate at the Cour de Cassation, France's top appeals court for criminal cases, and well-informed on the Bettencourt inquiry.

They allege that Sarkozy offered to help Azibert get the Monaco job in return for insider help.

Herzog and Azibert are both on trial with Sarkozy, charged with corruption and influence-peddling. They are also accused of "violating professional secrecy". All three face up to 10 years in prison and hefty fines if convicted.

Sarkozy and his centre-right party Les Republicains have for years said the investigations against the former president are politically motivated.

Next March, Sarkozy is due in court on accusations of violating campaign financing rules during his failed 2012 re-election bid. The so-called "Bygmalion" case centres on accusations that Sarkozy's party worked with a friendly public relations firm to hide the true cost of his campaign.

Prosecutors are still investigating claims that Libya's former leader Muammar Gaddafi provided Sarkozy’s 2007 campaign with millions of euros shipped to Paris in suitcases - allegations that Sarkozy denies. His main accuser, a French-Lebanese businessman, withdrew his account of events this month.