US embassies to reopen after alert 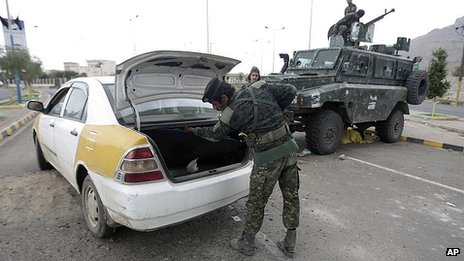 The US says 18 of the 19 diplomatic missions recently closed due to security threats will reopen on Sunday.

The State Department says its embassy in the Yemeni capital Sanaa will stay closed "because of ongoing concerns".

The US closed 19 diplomatic missions in the Middle East and Africa last Sunday in response to what it said was a threat of a terrorist attack.

The consulate in the Pakistani city of Lahore, which closed after a separate threat, will also not reopen yet.

"We will continue to evaluate the threats to Sanaa and Lahore and make subsequent decisions about the reopening of those facilities based on that information," US State Department spokeswoman Jen Psaki said.

"We will also continue to evaluate information about these and all of our posts and to take appropriate steps to best protect the safety of our personnel, American citizens travelling overseas, and visitors to our facilities."

The statement said the Sanaa embassy would stay closed because of concerns about a "threat stream" emanating from al-Qaeda in the Arabian Peninsula (AQAP). No further details were given.

Most US employees at the Sanaa embassy were ordered to leave the country on Tuesday.

The embassy closures - along with a US global travel alert - came after the US reportedly intercepted al-Qaeda messages.

Reports said they were between senior figures talking about a plot against an embassy.

The US closed its consulate in Lahore on Thursday and evacuated all non-essential staff following what it described as "a credible threat".

US officials said the evacuation was undertaken as a precaution and not related to the closure of the other diplomatic missions.