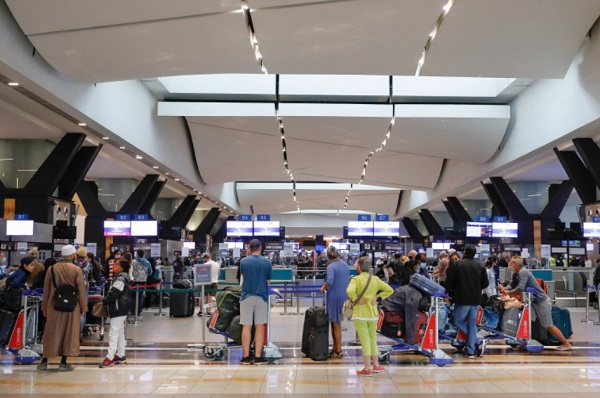 The United Kingdom, Germany and Italy have confirmed their first two cases of the new Omicron strain of coronavirus.

The variant has prompted several countries to impose restrictions such as travel bans on several southern African countries, against the advice of the World Health Organization, while others have imposed fresh lockdowns to contain the spread of COVID-19.

The Omicron variant, which scientists say has a high number of mutations, was first detected in South Africa last week. Cases have also been reported in travellers in Belgium, Israel and Hong Kong.

The mutations in Omicron, also known as B.1.1.529, could help the virus evade the body’s immune response and make it more transmissible, according to scientists. It could take weeks to know if current vaccines are less effective against it.

US issues ‘Do Not Travel’ advisory for eight African countries

The US Centers for Disease Control and Prevention (CDC) and State Department have advised against travel to eight southern African countries after the White House announced new travel restrictions.

On Monday, the CDC had lowered its COVID-19 travel advisory for South Africa to “Level 1: Low.”