Pill to treat COVID-19 could be available year's end - Pfizer 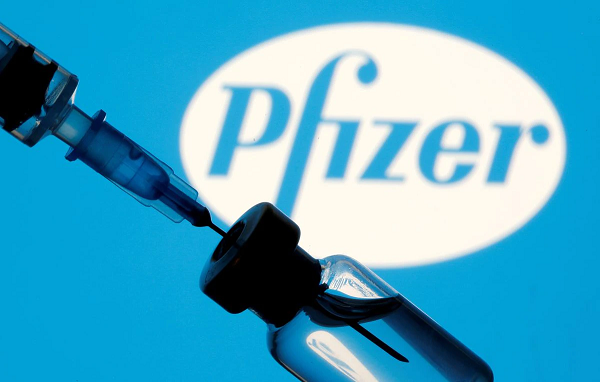 Fending off COVID-19 and avoiding potential trips to the hospital could soon be as simple as taking a pill.

Pfizer CEO Albert Bourla told CNBC on Tuesday that the drugmaker is working to introduce an experimental drug to treat the disease at its onset by year-end. Pfizer in March began an early-stage clinical trial of a new antiviral therapy for the coronavirus, which has killed more than 573,000 Americans.

The drug could potentially be prescribed "at the first sign of infection, without requiring that patients are hospitalized or in critical care," Dr Mikael Dolsten, chief scientific officer and president, worldwide research, development and medical of Pfizer, stated last month. Part of a group of medicines called protease inhibitors, which are used to treat HIV and Hepatitis C, the drug curbs production of enzymes needed for the virus to multiply in human cells.

Should clinical trials prove successful and the Food and Drug Administration approves the drug, it could be available across the nation later in 2021, Bourla said.

"I think that with this drug we really have to look at it as a game-changer," Dr Neeta Ogden told CBSN. "We haven't seen medication even discussed on the horizon that one can take early on or prophylactically if you've been exposed, kind of like what we have for the flu."

Pfizer — which developed the first approved COVID-19 vaccine in the U.S. with German drugmaker BioNTech — continues to test its vaccine in 6-month-old to 11-year-old children. The company earlier this month asked the FDA to widen its vaccine authorization to adolescents between 12 to 15 years old after studies found it to be effective. Bourla told CNBC he's "very optimistic" the agency will grant its request.

Americans 16 and older are eligible to be vaccinated. Still, people across the country are skipping their critical second dose of the Pfizer or Moderna vaccine. As of early April, more than 5 million people had missed their second shot, according to the Centers for Disease Control and Prevention.