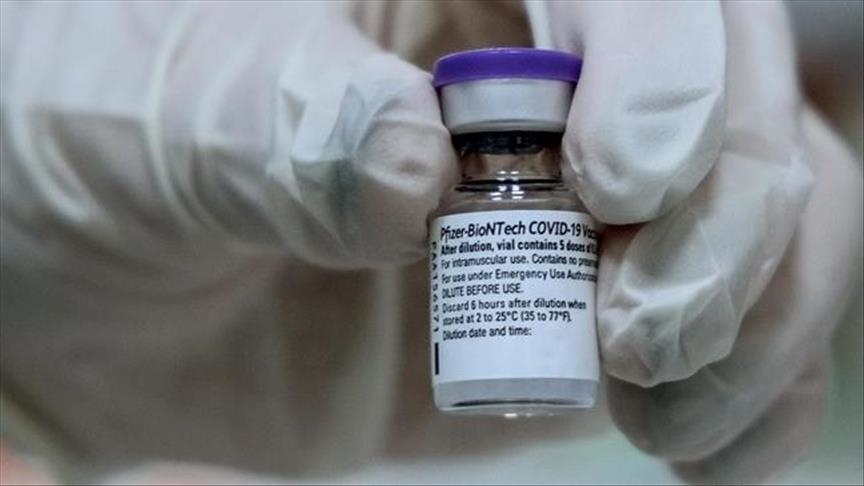 Vaccine maker Pfizer said Friday that trials of its vaccine in children ages 2 to 5 show that it did not provide the expected immunity in kids this age, and it is adding a third dose to the regimen.

The company decided to add the third dose for all children and babies ages 6 months to 5 years after its independent outside advisers took a look at the data so far.

It showed that two child-sized doses of the Pfizer/BioNtech vaccine were not producing the expected immunity in the 2- to 5-year-olds, although they were doing so for the babies up to age 2.

So the company said it would "amend" the trial to add a third dose.

"The study will now include evaluating a third dose of 3 micrograms at least two months after the second dose of the two-dose series to provide high levels of protection in this young age group," it said.

Pfizer had taken the dosage size down for children. For the 12 and up age group, the dose is 30 micrograms of vaccine. Pfizer and BioNTech stepped this down to 10 micrograms for kids 5 to 11 and took it even lower, to 3 micrograms a dose, for the youngest children.

Early tests had indicated that this small dose would produce a strong immune response in the children and minimize the risk of side effects.

But the interim data -- which the independent Data and Safety Monitoring Board can see without giving details to the company or investigators -- indicates this small dose regimen did not produce the expected immune response in the 2- to 5-year-olds.

"No safety concerns were identified and the 3 microgram dose demonstrated a favorable safety profile in children 6 months to under 5 years of age," Pfizer said in a statement.

"The decision to evaluate a third dose of 3 micrograms for children 6 months to under 5 years of age reflects the companies' commitment to carefully select the right dose to maximize the risk-benefit profile," it added.

"If the three-dose study is successful, Pfizer and BioNTech expect to submit data to regulators to support an Emergency Use Authorization (EUA) for children 6 months to under 5 years of age in the first half of 2022."

The company will also test third doses in older children, who do not yet have authorization for booster doses of vaccine. Kids ages 5 to 11 and 12 to 15 will get full-dose third shots in the trials.

"I think out of necessity, Erica, it's going to make the time frame for when we get an emergency use authorization for children that young, it won't be likely until the second quarter of 2022, and we were hoping it would be in the first quarter," Fauci, who is director of the National Institute of Allergy and Infectious Diseases, told CNN's Erica Hill.

"But at least from what Pfizer is saying, by the time they get all of the necessary data and go through all of the procedure of getting an emergency use authorization, unfortunately, it's not going to be until the second quarter," he added.

"But you want to really get the right dose and the right regimen for the children. So although you don't like there to be a delay, you want to get it right, and that's what they're talking about."