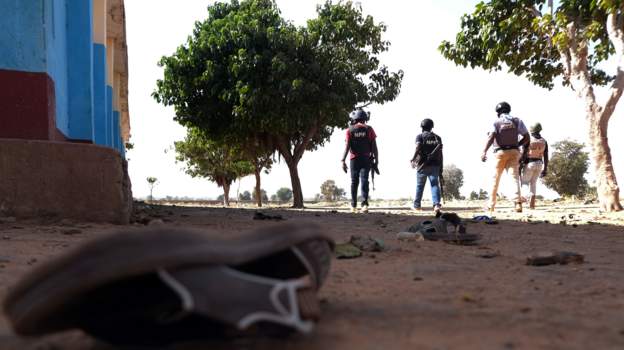 A Nigerian state governor has urged citizens to acquire weapons to defend themselves from armed criminal gangs carrying out kidnappings for ransom.

Aminu Masari, the governor of the north-western Katsina state, blamed citizens for the continued attacks by armed gangs.

He said the attackers were emboldened by what he called people’s "meek submission" to their threats.

The governor made the comments on Tuesday during a visit to the town of Jibia – one of the communities affected by recent violence.

Many see these comments by senior officials as public admission of the government's failure and say they are shifting responsibility to the citizens.

In the last couple of years, armed gangs locally referred to as bandits, have abducted thousands of people for ransom - including school children.

The violence has seen many people killed and millions displaced.