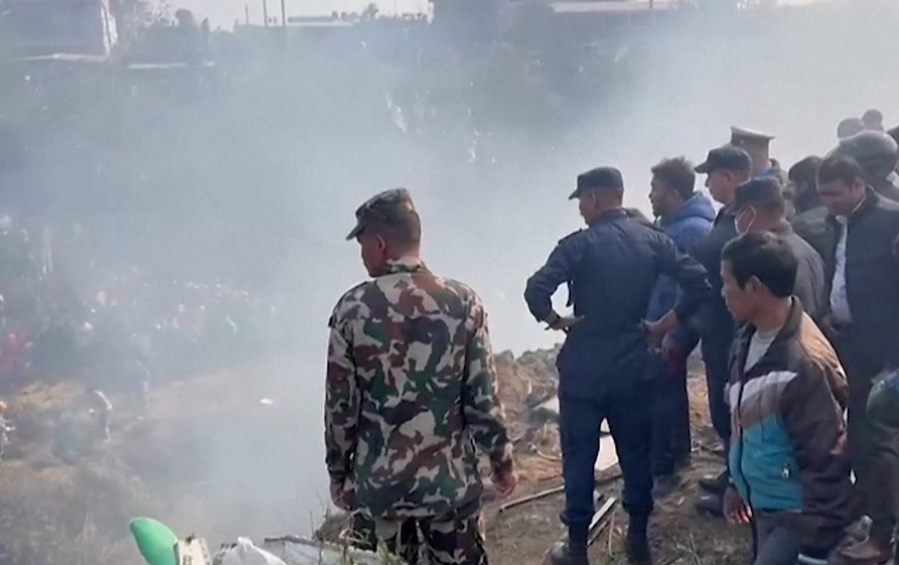 Dozens of people have been killed after a plane with 72 people on board crashed near an airport in central Nepal.

CNN reports that at least 32 killed in Nepal as plane crashes near city of Pokhara. 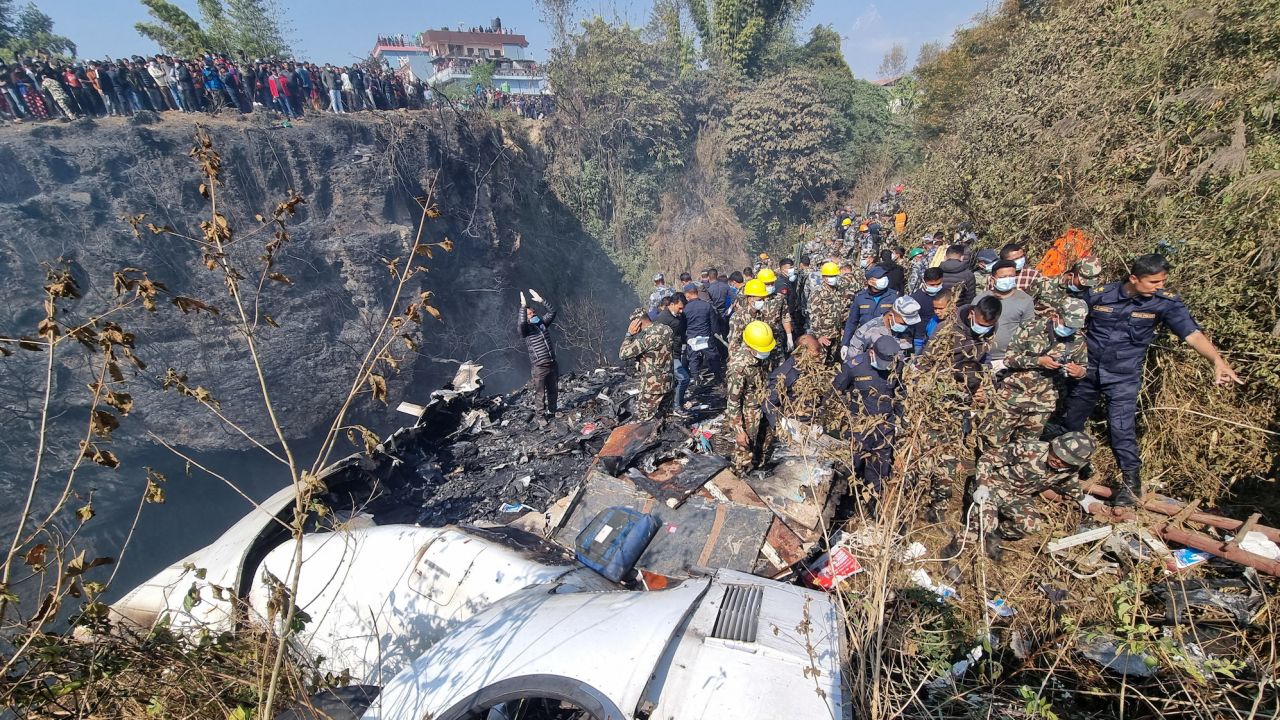 The Yeti Airlines flight from Kathmandu to the tourist town of Pokhara crashed on landing before catching fire.

Local resident Deeveta Kal told the BBC how she rushed to the crash site after seeing the aircraft plunge from the sky shortly after 11:00am local time (05:15 GMT).

"By the time I was there the crash site was already crowded. There was huge smoke coming from the flames of the plane. And then helicopters came over in no time," she said.

"The pilot tried his best to not hit civilisation or any home," Deevta Kal added. "There was a small space right beside the Seti river and the flight hit the ground in that small space."

The flight set out with 68 passengers on board, including at least 15 foreign nationals, and four crew members.

Hundreds of Nepalese soldiers are involved in the operation at the crash site in the gorge of the Seti River, just one and a half kilometres from the airport.

"We expect to recover more bodies," an army spokesman told Reuters, saying the plane "has broken into pieces".

Prime Minister Pushpa Kamal Dahal called an emergency meeting of his cabinet and urged state agencies to work on rescue operations. A panel to investigate the cause of the crash has been set up.

Of the passengers, 53 are said to be Nepalese. There were five Indian, four Russians and two Koreans on the plane. There was also one passenger each from Ireland, Australia, Argentina and France among others.
credit: BBC