Jacob Zuma in court for not paying child maintenance 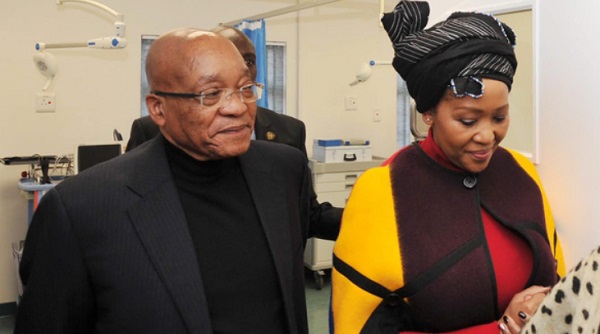 Former South African President Jacob Zuma has been dragged to court by one of his wives who is demanding maintenance money for her and her schoolgoing daughter.

Zuma is reported to be opposing an application for maintenance by his estranged wife, Tobeka Madiba-Zuma.

The former first lady was present during the closed hearing in the Durban maintenance court on Tuesday.

Zuma did not attend and was represented by his legal counsel, advocate Nqaba Buthelezi.

Buthelezi told TimesLIVE they would provide an update on the matter after the hearing.

In February it was reported that Zuma had barred Madiba-Zuma from his Nkandla, KwaZulu-Natal, home amid claims she had taken SIM cards which contained confidential information.

This is a new legal battle for Zuma who is also facing a corruption trial in the Pietermaritzburg High Court and a 500,000 Rands lawsuit from Derek Hanekom. Hanekom, a former minister, is suing Zuma for calling him a "known enemy agent".