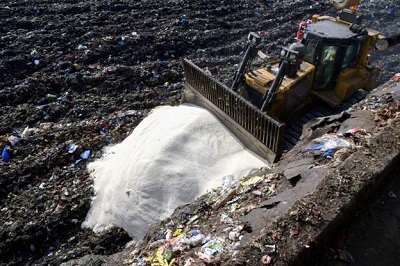 Officials in Ivory Coast are destroying 18,000 tonnes of rice that has been declared unfit for human consumption

BBC reports that the shipment of rice, from Myanmar (also known as Burma), had been refused entry at several West African ports in recent weeks, including Lome, Conakry and Accra.

The goods were finally unloaded in Abidjan and then tests were done, which showed there was a problem with the rice.

It is now being taken to a landfill site.