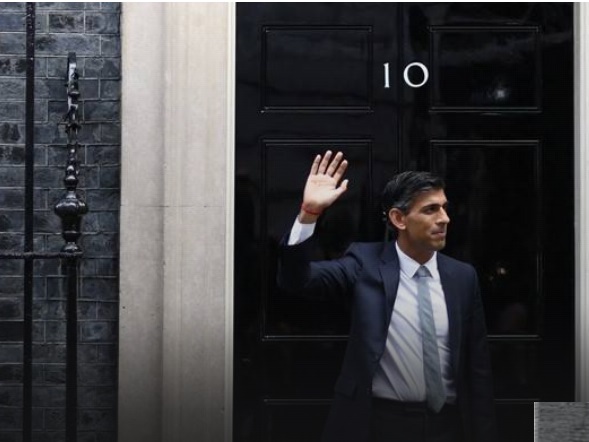 New UK Prime Minister Rishi Sunak is reshuffling his cabinet after many of Liz Truss's ministers resigned or were sacked.

Jeremy Hunt remains as chancellor - he took on the role after Kwasi Kwarteng's disastrous mini-budget, swiftly scrapping most of it.

Suella Braverman is reappointed as home secretary, a week after resigning from the same role, and Grant Shapps replaces Jacob Rees-Mogg as business secretary.

Michael Gove returns to the cabinet as levelling up secretary, Dominic Raab returns as deputy PM and justice secretary, and James Cleverly stays as foreign secretary.


In his first speech outside No 10, he said the UK was facing a "profound economic crisis" and that he would fix some of Liz Truss's mistakes.

In a short farewell speech earlier, Truss defended her legacy of trying to push through tax cuts and said leaders had to be bold.

Here is a quick recap of today's key events: