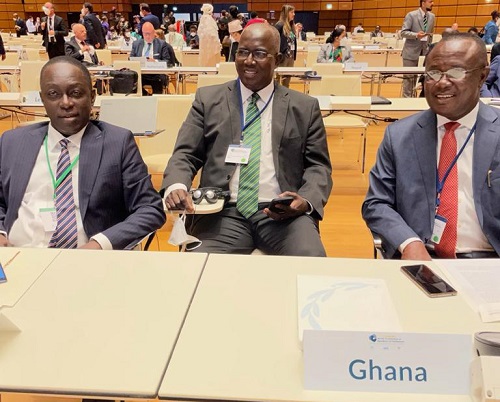 The Fifth World Conference of Speakers of Parliament, which is the world’s largest gathering of the highest level of parliamentary representation, has officially opened in Vienna, Austria.

It is being organized jointly by the Inter-Parliamentary Union (IPU) and the Austrian Parliament with the United Nations (UN) as partners.

Speaking at the opening ceremony, the Secretary-General of the UN, Antonio Guterres, said the solution to a world reeling from COVID-19, climate change, inequality and conflicts is solidarity.

He expressed support for the efforts of countries that, in the current pandemic, are striving to put people first and provide stronger social protection and safety nets.

He spoke about the importance of universal health coverage, decent basic income, access to education for all and increased support for girls and women, who have suffered disproportionately from the Covid-19 pandemic.

“We need to put women at the centre of the recovery and at the centre of parliaments. Only three countries have 50 per cent or more women in parliament. Many have no women at all. We urge countries and political parties to achieve true gender parity in the halls of power — including through gender quotas”, he said.

In reference to the theme for the conference, “Parliamentary leadership for more effective multilateralism that delivers peace and sustainable development for the people and the planet”, the UN Secretary-General said “people acting in the common interest: that is what the multilateral system does on the global stage, and it is what parliaments seek to do at the national level. Parliaments bridge the global and local”.

He pointed out that parliament is central to advancing human rights and the Sustainable Development Goals (SDGs) and told the global parliamentary community that “we are counting on you. There is no time for delay and no room for excuses. The solutions to the global challenges are clear”.

Ghana’s delegation to the conference is led by the Deputy Speaker of Parliament, Hon. Joseph Osei Owusu and includes the Clerk to Parliament, Mr Cyril Kwabena Oteng Nsiah.

A number of bilateral meetings with sister parliaments have been scheduled by Ghana as part of the events at the conference.