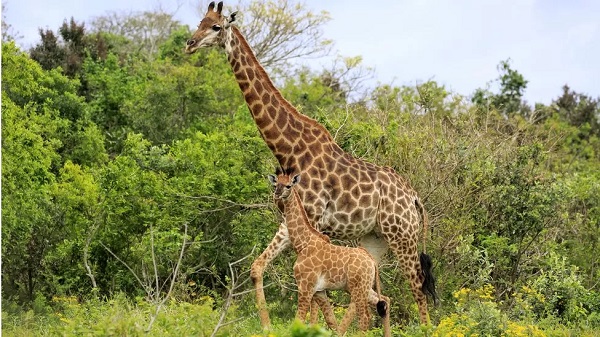 Giraffe are not normally aggressive unless they are protecting their young. Image credit: Gettyimages
30.5k Shares

A toddler has died after being trampled by a giraffe on a conservancy in South Africa, while her mother is in hospital in critical condition.

The 16-month-old girl lived with her mother at the luxury Kuleni Game Park in KwaZulu-Natal province.

Police told the BBC the details were sketchy, but they had opened an inquest to determine what happened.

It is unusual for giraffes to attack people and they are a common feature in game lodges in South Africa.

"The child was taken to the nearest doctor's room where she died," police Lieutenant Nqobile Madlala told the BBC.

It is not clear where in the large game park, that features 14 lodges, the incident occurred on Wednesday.


A manager at one of the luxury accommodations was reluctant to speak, saying the matter was "sensitive".

The park is 16km (10 miles) outside Hluhluwe in KwaZulu-Natal, a province that is popular with local and international tourists.

On its website, the farm says that visitors can "enjoy close encounters with animals while walking or cycling the numerous trails".

Giraffes are the world's tallest mammals and are not usually aggressive.

The females can however be aggressive while protecting their calf.

In 2018, British scientist Sam William's wife and son were trampled by a female giraffe at Blyde Wildlife Estate in South Africa.

The two were treated at a private hospital in Johannesburg and they recovered.