First gay couple to wed in France amid tight security 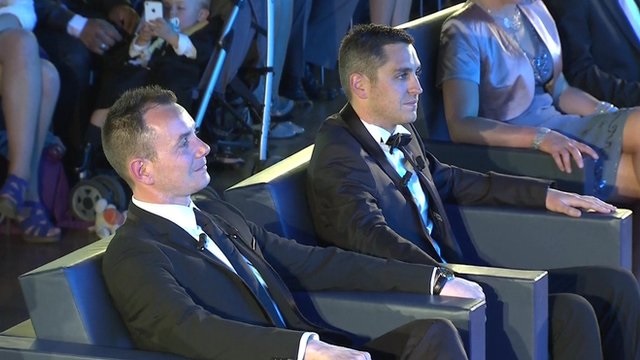 Two men will become the first gay couple to wed in France, just days after President Francois Hollande signed the same-sex marriage bill into law.
Vincent Austin and Bruno Boileau will tie the knot in the southern city of Montpellier amid tight security.

Mr Hollande has warned he will not accept any disruption to the ceremony.

The new legislation has proved controversial and sparked violent protests.

The anti-gay marriage lobby, backed by the Catholic Church and conservative opposition, argues the bill undermines an essential building block of society.

The Socialist mayor of Montpellier will pronounce the couple "husband and husband" at 15:30 GMT (16:30 BST) on Wednesday.
Mr Austin, a 40-year-old gay rights activist, met his 30-year-old partner in 2006.

Some 600 guests have been invited and 150 media crews accredited for the ceremony, the BBC's Christian Fraser, in Paris, reports.

Extra police have been drafted in, as the extreme-right might also be in attendance, our correspondent adds.

On Sunday, at least 150,000 demonstrators took to the streets of Paris to denounce the same-sex marriage bill, which was signed into law on 18 May.

Earlier, the Constitutional Council ruled that same-sex marriage "did not run contrary to any constitutional principles," and that it did not infringe on "basic rights or liberties or national sovereignty".

Some officials said they had a conscientious objection to carrying out gay wedding ceremonies.

"I will find a balance between freedom of conscience and breaking the law," said Philippe Brillaut, the Mayor of Le Chesnau in western Paris.

"We will retain our freedom while respecting the law - and that is in no way homophobic. And I will delegate any marriage to a socialist councillor who has agreed to conduct them."

But it is not clear what will happen if, in smaller communes, all officials are against gay marriage and refuse to take part, correspondents say.

Mr Hollande and his governing Socialist Party have made the legislation their flagship social reform since being elected a year ago.

Opinion polls have suggested that about 55-60% of French people support gay marriage, but only about 50% approve of gay adoption.