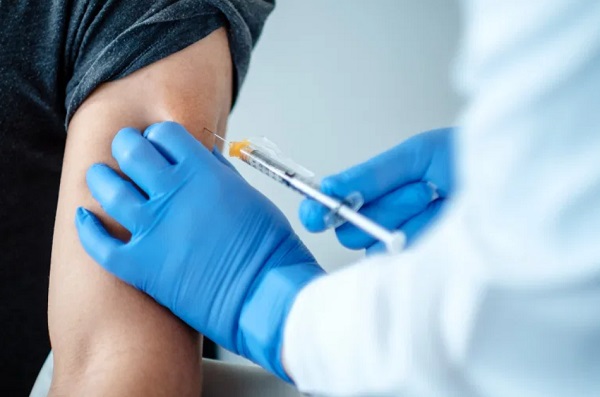 A dose of the coronavirus disease (COVID-19) vaccination of BioNTech and Pfizer is pictured in this undated handout photo, as the UK became the first Western country to approve a COVID-19 vaccine, in Mainz, Germany [BioNTech SE 2020, all rights reserved/Handout via Reuters]
30.5k Shares

European regulators have issued caution over the United Kingdom’s move to approve Pfizer-BioNTech’s COVID-19 vaccine for widespread use, saying their longer approval process was safer.

In an unusually blunt statement, the European Medicines Agency (EMA), which is in charge of approving COVID-19 vaccines for the EU, said its longer approval procedure was more appropriate as it was based on more evidence and required more checks than the emergency procedure chosen by the UK.

The agency said on Tuesday it would decide by December 29 whether to provisionally authorise the vaccine from US drugmaker Pfizer and its German partner BioNTech.

A spokesman for the European Commission, the EU executive, said the EMA’s procedure was “the most effective regulatory mechanism to grant all EU citizens’ access to a safe and effective vaccine,” as it was based on more evidence.

The EMA’s comments came hours after the UK became the first country in the world to approve the drug developed by Pfizer and BioNTech for use.

European legislators also weighed in on the issue, with Italian health minister Roberto Speranza telling the country’s parliament he would demand the EMA continues to keep “the bar on surveillance very high” concerning possible approval of vaccines.

“When the vaccine will be administered to people it will certainly have to be a safe vaccine but it will have to be an effective vaccine,” he said.

“I recommend that EU member states do not repeat the process in the same way,” he said.

“A few weeks of thorough examination by the European Medicines Agency (EMA) is better than a hasty emergency marketing authorisation of a vaccine.”

‘Those strict tests have been done’
Announcing its decision less than four weeks after Pfizer published the results of a clinical trial, the MHRA said it had used overlapping trials and “rolling reviews”.

“This vaccine has only been approved because those strict tests have been done and complied with and everyone can be absolutely confident that no corners whatsoever have been cut,” said June Raine, the agency’s head.

UK officials said the vaccine, which is based on new messenger RNA (mRNA) technology, will be rolled out from the beginning of next week.

Home to about 67 million people, the UK has ordered 40 million doses of the vaccine – enough to inoculate 20 million people. It is given in two injections, 21 days apart.

There are three routes for transporting the vaccine into the country which programme officials have warned will be challenging because it needs to be shipped and stored at -70 degrees Celsius (-94 degrees Fahrenheit), or below.

It is not yet clear exactly how many doses will arrive by the end of 2020, but 800,000 should be delivered from Pfizer’s manufacturing centre in Belgium in the coming days.

Al Jazeera’s Neave Barker, reporting from London, said the UK was now poised “to begin one of the biggest public health operations in modern times”.

“In only 10 months, this vaccine has been developed and approved, a process that would normally take possibly more than a decade,” he said.

Care home staff and residents are set to be first in line to get the jab, followed by people older than 80, those deemed to be clinically vulnerable, and other health and social care workers.