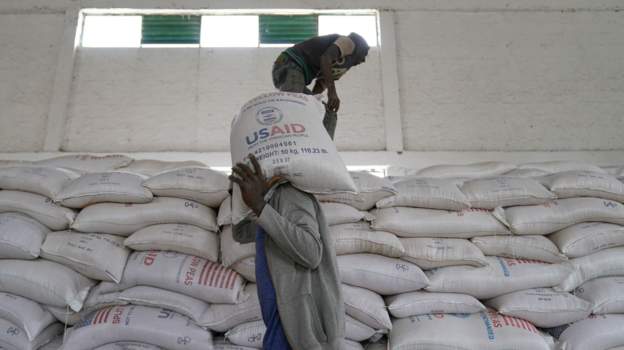 Forces from Ethiopia's Tigray region have looted the US government humanitarian agency's warehouses in the neighbouring Amhara state, the mission's head says.

The Tigrayans have not responded to the allegations.

The head of USAid in Ethiopia told state television that Tigrayan fighters had emptied warehouses, taking food and other items. They also stole trucks, he added.

He said they had caused "a great deal of destruction" in the villages they went to.

Last week, officials in Amhara accused Tigrayan forces of killing about 40 civilians and destroying schools, hospitals and other facilities.

The Tigray rebel forces, who have been fighting federal troops and their allies for 10 months, have taken the war beyond their homeland, advancing through the neighbouring regions of Amhara and Afar.

They have formed an alliance with a rebel group in the country's largest state of Oromia, threatening a far larger part of Ethiopia.