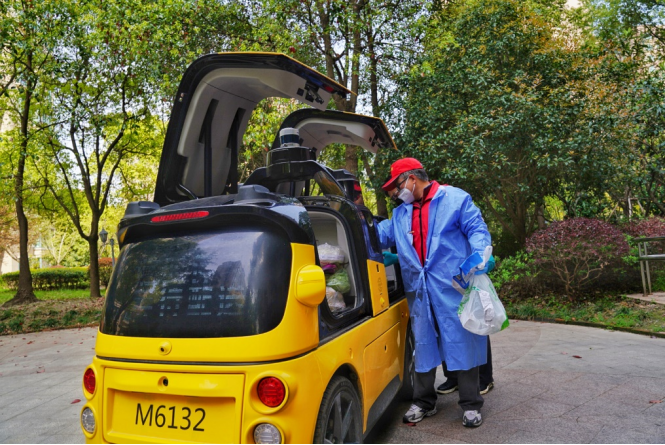 Driverless vehicles are making deliveries to residents under quarantine in east China’s Shanghai that were hit by a recent COVID-19 outbreak, significantly alleviating distribution pressures.

The unmanned delivery vehicles, launched by Chinese food delivery giant Meituan, started to deliver epidemic prevention and control materials in addition to daily necessities for people as they stayed inside their homes within a community in Pudong New Area on April 5, after they underwent a round of testing a day earlier. The delivery service will later be extended to include other communities, according to a staff member from the company.

The self-driving vehicle, sent from Beijing, has a maximum loading capacity of 150 kilograms. Equipped with 26 sensors, such as a laser radar and a high-resolution camera, the vehicle can travel safely along designated routes and make deliveries in a contactless way.

The delivery process begins at a service station operated by Meituan where staff members from the company first load up the vehicles with the goods that residents have ordered online. Then the vehicles will travel to their delivery destination, such as a designated unit at a building site where community volunteers will await its arrival. The volunteers will then unload the vehicle and bring the goods directly to the households.

“The vehicles are sterilized every time a trip ends,” said Yu Zhi, head of the vehicle team. Yu went on to introduce that “our team has already trained the community volunteers on operating the vehicles, including opening the door and sterilizing them. Currently, it takes about 10 minutes for a round trip.”

The intelligent vehicles provide significant extra help for the community with over 5,000 households and reduces the distribution pressure of the volunteers, according to Huo Jianqiang, Party secretary of the community.

“The items in each of the online orders usually weigh over 5 kilograms, and are therefore quite difficult to be delivered using manpower. But with its huge capacity, one vehicle can deliver materials to about 10 households in one trip, which greatly reduces the workload of our volunteers and saves us much time,” said Huo, adding that contactless delivery is yet another advantage of the vehicle especially considering the ongoing pandemic these days. 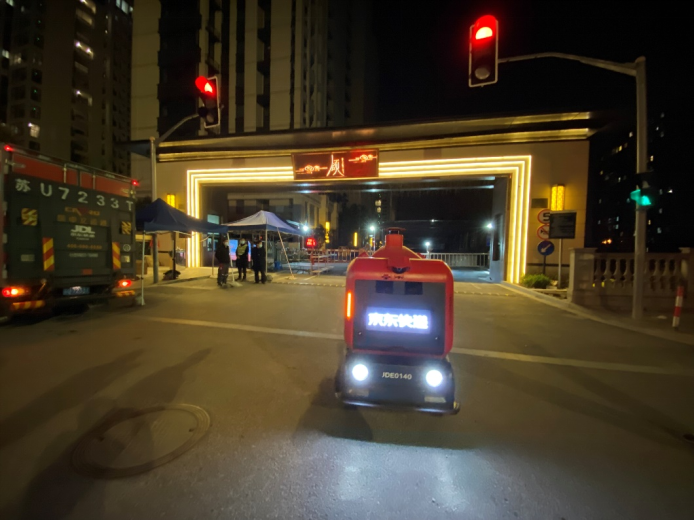 The bright yellow vehicles have already performed the same task in several other Chinese cities such as Beijing, Guangzhou, Shenzhen, Nanjing, and Chengdu, since COVID-19 broke out two years ago.

In addition, driverless vehicles operated by other Chinese Internet companies such as JD Logistics, the delivery arm of e-commerce giant JD.com, and Dada Group, a on-demand delivery and retail platform, are also delivering items in the east China metropolis these days. Four vehicles deployed by JD.com are now running on roads delivering materials such as food, protective suits, and masks to seven communities in Shanghai’s Pudong New Area. It is estimated that another 20 vehicles operated by JD.com will be added in the next three weeks in order to further reduce distribution pressures.