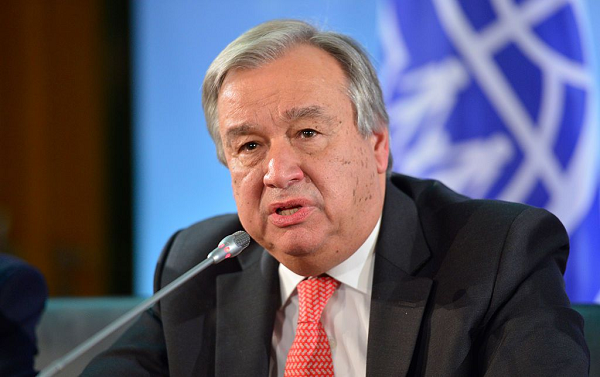 Germany's president expressed skepticism that progress could be made at the summit. UN chief Antonio Guterres warned that "we will be doomed" if a deal between rich and poor countries isn't reached.

German President Frank-Walter Steinmeier on Saturday expressed skepticism about the progress that might be made at the COP27 climate talks.

The UN-organized talks are to be held in Sharm El Sheikh, on Egypt's Sinai Peninsula.

UN Secretary-General Antonio Guterres warned that that the world would be "doomed" should developed and developing countries fail come to an agreement to limit the impact of climate change.

What did Germany's president say about COP27?

Steinmeier said the "military confrontation" in the world reduces the probability of a climate deal being reached.


"It is hard to imagine that, in times of conflict and even military confrontation, states like Russia or China will play a constructive role in and after Sharm el Sheikh," he said, speaking at a discussion on climate policy in Busan, South Korea.

"Progress is absolutely necessary, even if the conditions for it are not very encouraging," Steinmeier said.

Steinmeier said it would be difficult to find money to transform Germany's economy into a sustainable one as Berlin dedicates funds to increasing its defense budget and supporting Kyiv's war effort.

"This is the same money we need to fight climate change," he said, referring to defense spending and military aid for Ukraine.

'We will be doomed' — UN chief Guterres

Guterres told Britain's Guardian newspaper that wealthier countries must reach a "historic pact" with developing countries at the COP27 summit to minimize the effects of climate change.

"There is no way we can avoid a catastrophic situation, if [developed and developing countries] are not able to establish a historic pact,” Guterres told the newspaper. "Because, at the present level, we will be doomed.”

Guterres noted that developed countries are responsible for most emissions, while developing countries are likely to bear the brunt of the impact of climate change. He added that present climate policies "will be absolutely catastrophic."