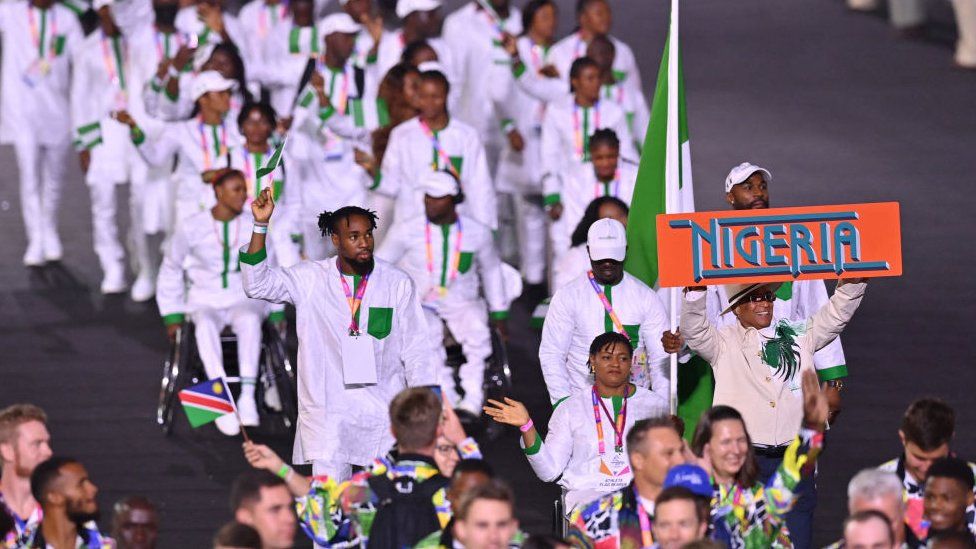 A sportswear manufacturer has come to the rescue to produce last-minute kit for the Nigerian team at the Commonwealth Games.

MG Sportswear in Kidderminster was approached to make hundreds of items on Tuesday after the team said they were let down by their suppliers.

Manager Gino Ruffinato said his 14 staff had been working around the clock to get the garments finished.

As the Games begin, he will personally deliver the order to Birmingham later. 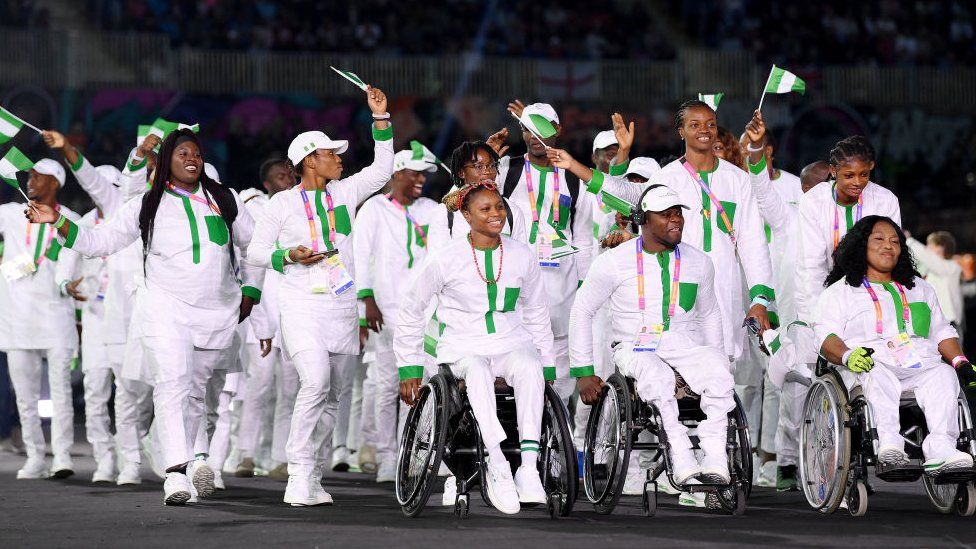 "As it progressed I started getting emails with orders on, so at that point I thought, hang on, I think this is serious," he said.

"When they hit us with the deadline saying it needs to be there for Friday and today was Tuesday... there's all the fabric, the print, the designs to get out in two days. It was a bit hair-raising."

His team has been working long hours to fulfil the order, making 200 pieces of kit including running vests and shorts, staff tracksuits and even 400 Nigerian badges to adorn the sportswear.

The atmosphere at the factory has been "panic stations" he joked, but said: "Everybody's embraced it, they've worked hard and done many hours to make sure it happens."

Nigeria sent a 93-strong team to Birmingham for the Commonwealth Games, which opened on Thursday night. The sporting events are already under way and will continue over the next 11 days.

"I still pinch myself - I'll be looking on the telly and seeing the MG Sportswear brand for a national team," Mr Ruffinato said. "It's wonderful."