Bradley Manning: 'I want to be a woman' 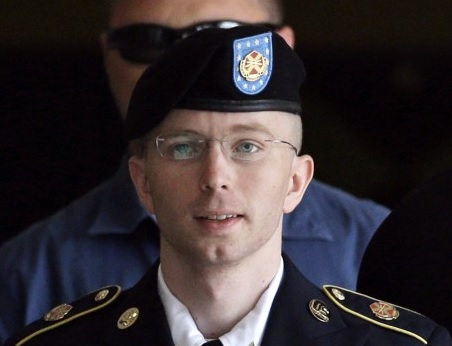 Bradley Manning, the US soldier who leaked secret US government documents to the Wikileaks website, has announced he wants to become a woman.

"I am Chelsea Manning," Manning, 25, said in a statement provided to NBC's Today programme. "I am a female."

He said he had felt female since childhood, wanted at once to begin hormone therapy, and wished to be addressed as Chelsea.

He has been sentenced to 35 years in prison for crimes including espionage.

Manning's struggles with his identity formed a key part of his defence through his weeks-long court martial.

Defence witnesses, including therapists who had treated Manning, testified he had said he wanted to transition to being a woman, suggesting his problems with his gender identity affected his mental health. 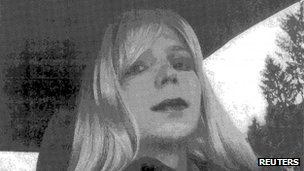 US military prosecutors, meanwhile, described Manning as a notoriety-seeking traitor and asked for a 60-year sentence in order to deter future intelligence leakers.

Manning, who grew up in the US state of Oklahoma and in Wales, joined the Army in 2009 to help pay for university and, according to court martial defence testimony, to rid himself of his desire to become a woman. Trained as an intelligence analyst, he was deployed to Iraq in 2010.

There, he became disillusioned with the war and felt increasingly isolated from his friends and family. In May of that year, he initiated what subsequently became one of the largest leaks of classified US government documents ever - hundreds of thousands of diplomatic cables and battlefield reports from Afghanistan and Iraq.

Manning has said he hoped the documents would change the world by sparking a debate about US foreign policy and the military. Since his conviction he has apologised for his actions.

At his court martial, Manning's former Army supervisor testified Manning had sent him a photograph of himself wearing a blond wig and lipstick.