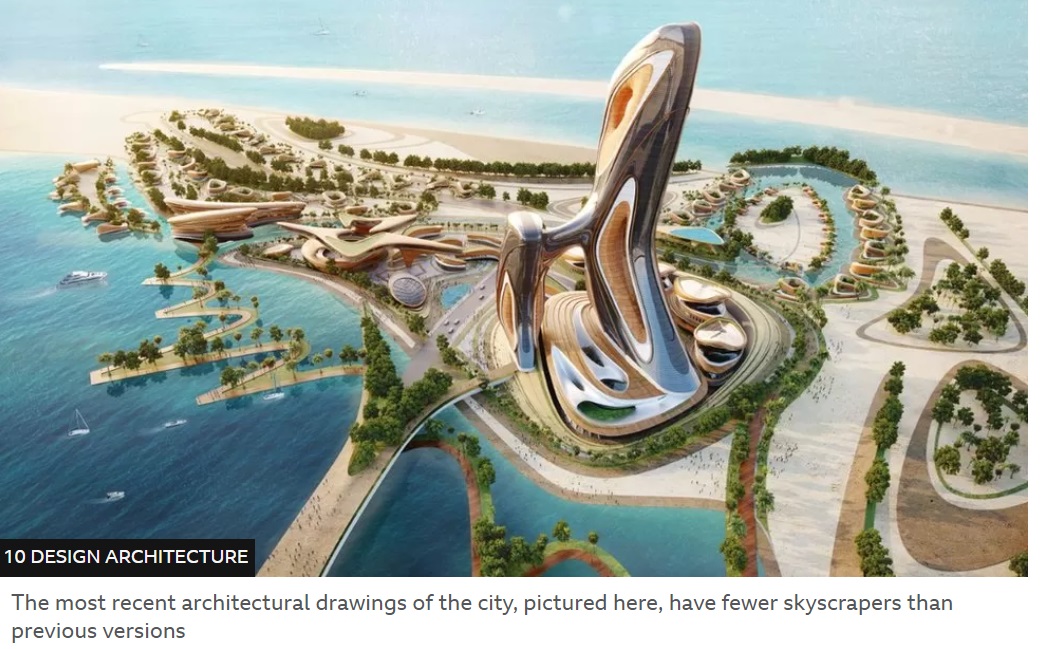 RnB singer Akon says his much-delayed plans for Akon City - an African metropolis on the Senegalese coast - are "100,000% moving".

Although goats are currently grazing on the site, he says that critics will look "super stupid" in the future.

In an exclusive interview with the BBC, the Smack That singer also assured supporters waiting for refunds from his Token of Appreciation cryptocurrency campaign that they will receive their money back, even if he has to pay them out of his own pocket. 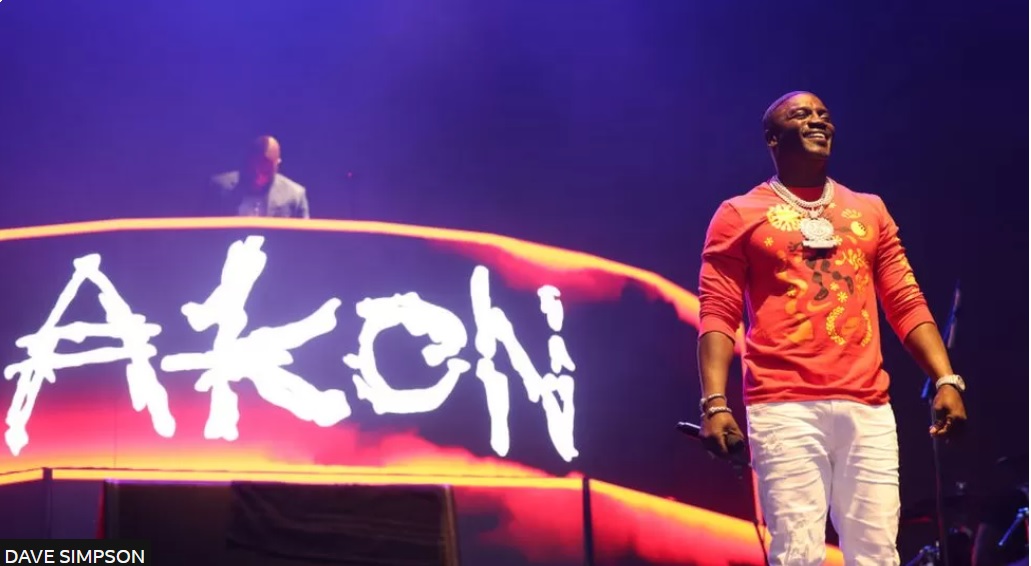 Widely known for his string of noughties chart hits Akon, who was born in the United States but partly raised in Senegal, announced two ambitious projects in 2018 that were supposed to represent the future of African society.

The first was a reported $6bn (£5bn) city with boldly curvaceous skyscrapers. It was to run on the second initiative - a brand new cryptocurrency called Akoin.

But several years on both projects have faced difficulties and delays and the site where the city is proposed to be built remains a waste ground. 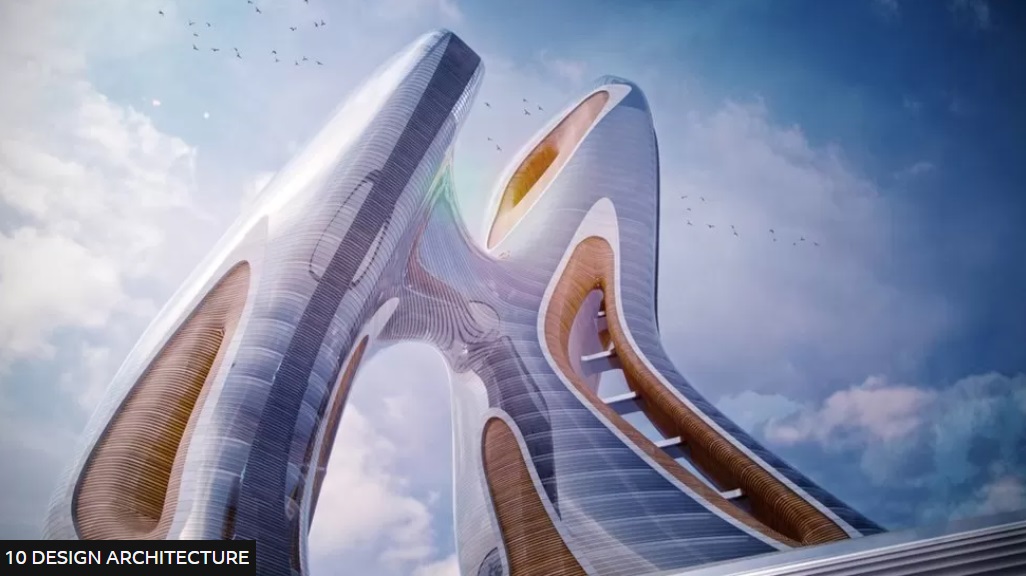 On an overcast day in September 2020 Akon, dressed in a powder blue suit, strode confidently onto a dusty red patch of disused land. There to meet him was a gaggle of journalists from around the world who had assembled for the hitmaker's latest launch: a supercity packed with stunning architecture.

Local people clapped as a veil was pulled back on a plaque marking the future building site. But two years on the question of whether the plans will ever come to fruition divides communities in the region.

"We thought we could work on it but at this pace, maybe our children will," one resident of the area tells the BBC. "We remain hopeful for the project. We hope that our children will stay here to work."

Another resident says they no longer believe in the project before adding "when it comes, if it finds us here, we'll see how we can contribute".

Akon City was initially compared in the press with Wakanda, the amazing African metropolis featured in the Black Panther movies and comic books. Phase one of the city containing roads, a campus, a mall, residences, hotels, a police station, a school, a waste facility and a solar power plant was supposed to be complete by the end of 2023. But after multiple delays, little on the ground appears to have changed since the launch ceremony.

"I'm only here in the presence of goats" local journalist Borso Tall tells me. "It's completely empty... no sign of building just a long line of green trees and red earth." 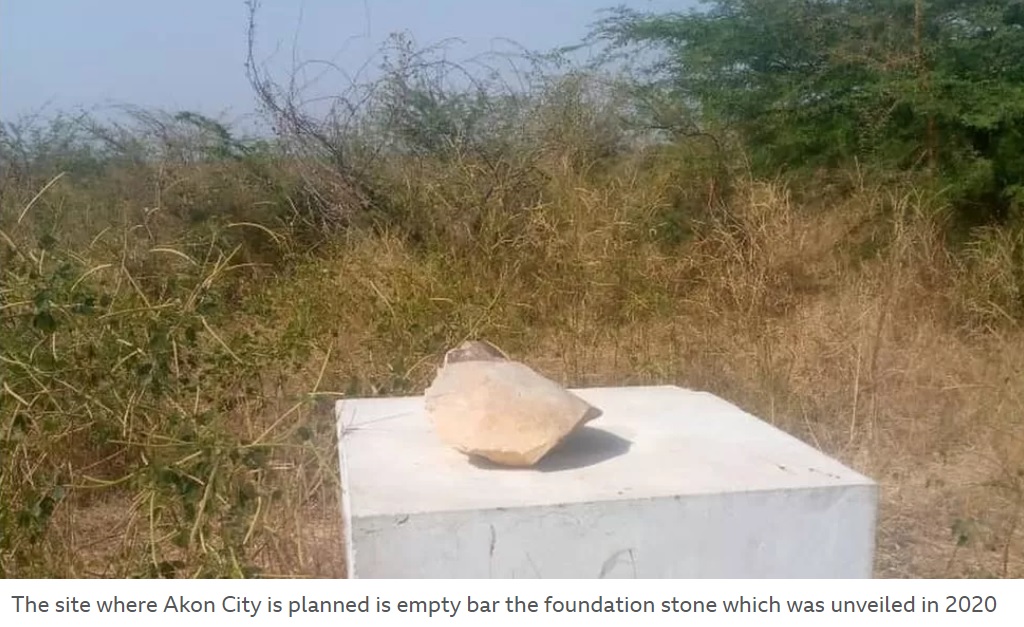 But Akon remains adamant that his ambitious plans will still be realised.

When we meet in central London, he admits that with hindsight "I would have gotten more things in place before promoting it."

He also blames Covid, which he says meant "everything would be pushed back two years".

However, the world was already in the grip of the pandemic when he held the ceremony promoting Akon City to international media in August 2020.

"I plan to retire in that city," he says confidently. "I don't like to use the word the king of the city. But that's what it will turn out to be."

"We're trying to get the city built as fast as possible," he says, adding that he has a lease on the land for the next 50 years and that his project has "been co-signed by the current president".

The Senegalese government's tourist board SAPCO recently reaffirmed their commitment to the project.

"We believe in Akon city and we are all supporting Akon so the Akon city will come to life," said Me Aliou Sow, CEO of SAPCO. "It will attract tourists and investors in the region and SAPCO is fully committed to the success of this project."

Akon says he has changed both the construction firms and architects he is working with on the project, adding that his new partners understand Africa, the terrain and have "real credibility globally". His overall goals remain ambitious.

"We want the big skyscrapers. My goal is to try to build something that people deem impossible in Africa, right?"

Several celebrity finance websites estimate Akon's net worth to be between $60-80m, leading some to question where the money will come from for a project of this size. His team claim they have an international consortium in place who will fund it with private investment.

Akon said that excavation work on the site will finally start before the end of the year, adding that further announcements will be made at a youth centre he has built for residents in a local village. Construction work on Akon City he acknowledges "is yet to be fully calendered".

The initial plans for Akon City, dubbed it "Crypto City" and in August 2020 Akon said the city's financial infrastructure would be "built off" his own Akoin cryptocurrency. But the cryptocurrency has been plagued by its own delays and struggles.

"It wasn't being managed properly," he concedes. "I take full responsibility for that."

Before launching his Akoin cryptocurrency, the Akoin website announced a pre-sale opportunity called the Token of Appreciation (TOA) campaign.

The campaign was announced over two years before the Akoin cryptocurrency itself was available. It was a fundraiser to cover the costs of launching Akoin later down the line.

Money sent for TOAs was framed as a "donation" on the Akoin TOA website page but there was a special incentive to put money in during this period. Contributors were told that for every $1 they put in they would receive up to four Tokens of Appreciation which would later convert to proper Akoin.

"I did genuinely believe in the ecosystem that they were looking to build," says Marcus (not his real name) who lives in the UK. "Every now and again I'd put in a few thousand pounds."

The Token of Appreciation campaign concluded in October 2019. The official Akoin Twitter feed claimed it had raised $290,000. Over two years later TOA donors were presented with a choice in the official Akoin Telegram group. 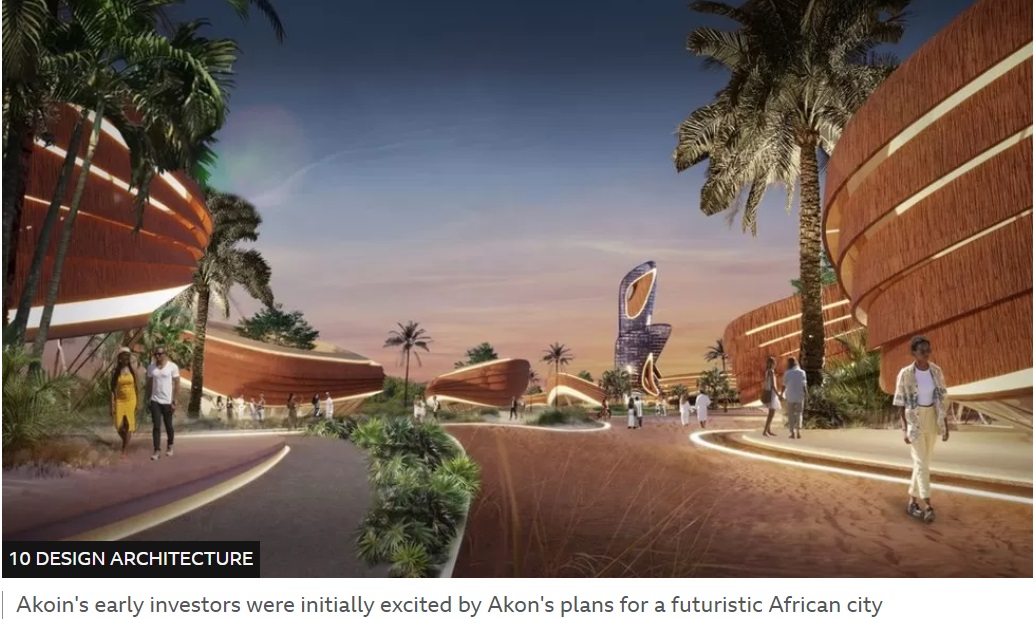 "We're now able to give TOA holders a choice," wrote the admin. "Receive a refund of their original donation or receive an Akoin MasterCard which will have the value of their initial donation."

Some TOA donors have decided to wait for their promised rewards. For now they have notice of a Token of Appreciation but it doesn't have any functionality. Others have tried to claim their money back.

"I didn't ask for the refund, they offered the refunds," notes Marcus, whose faith in the project was starting to flag. "The refund was meant to come a few weeks later. We are now over a year. And we're back at the same situation we were years ago with the lack of communication and now everybody's up in arms."

Marcus is not alone. In the Akoin Telegram groups I've spoken to a number of other people around the world who say that they have asked for refunds but are still waiting to receive their money back.

"It's extremely frustrating," says Reggie, an American living in Asia who also donated to the campaign. "Yeah, I've gotten upset about this, you know, a number of times."

I put cases like Marcus' and Reggie's to Akon, who denied knowing that donors to the Akoin campaign were still waiting for refunds. He claims he will get involved in rectifying the situation until TOA donors are happy.

"Even if I gotta go in my own pocket," he adds. "I'm dead serious. I would do a world tour just to pay them all back." 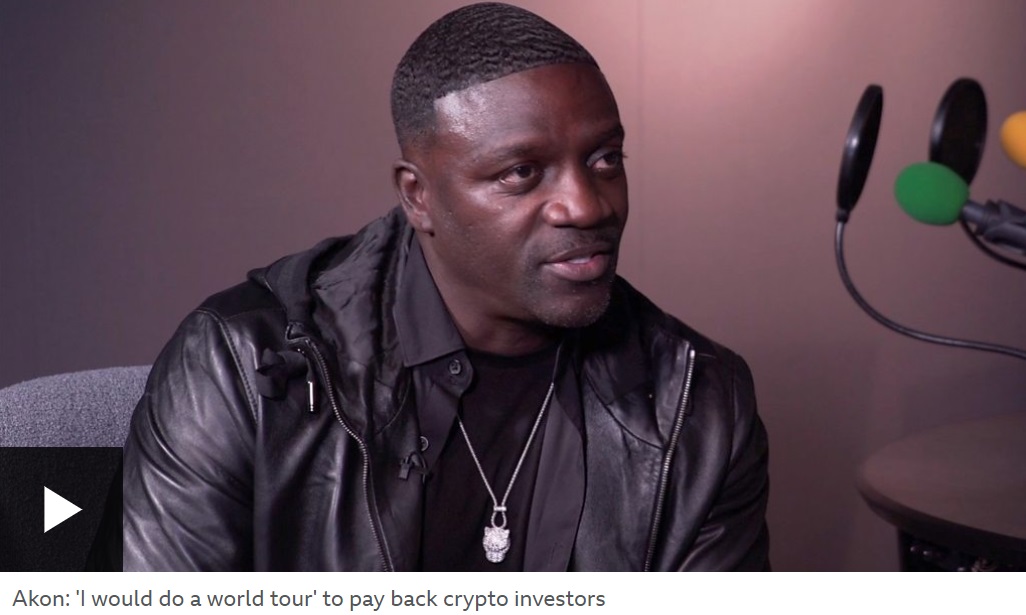 The Akoin cryptocurrency itself launched on Bitmart in September 2021. Its value at that time was £0.23 ($0.28) but it has fallen significantly since, preceding a crash in the wider cryptocurrency market. Today Akoin's price is just £0.01.

There have also been questions over whether it would even be legal for Akoin to operate as the primary payment method at Akon City.

The current legal tender in Senegal is the CFA franc, which is regulated and issued by Central Bank of West African States (BCEAO), which share the money. Yahoo Finance reported last year that the "institution warned of the dangers of adopting cryptocurrency and termed it illegal". We approached the BCEAO to comment on the legality of a city running on cryptocurrency but they didn't respond.

"Those are a lot of the concerns even I have," acknowledges Akon. "I want to make sure that however we involve crypto within the city is in a way that it lines up with all the rules and regulations."

So will ordinary transactions in Akon's proposed "Crypto City" still take place with his own crypto? It seems unclear. "We'll have it figured out by the time the city's up, that's for sure," he promises.

But after two years of waiting, not everyone is convinced.

"I think a lot of us we've done our research but it panned out like nothing is going on," says Reggie. "I would like to get my funds back and just walk away".