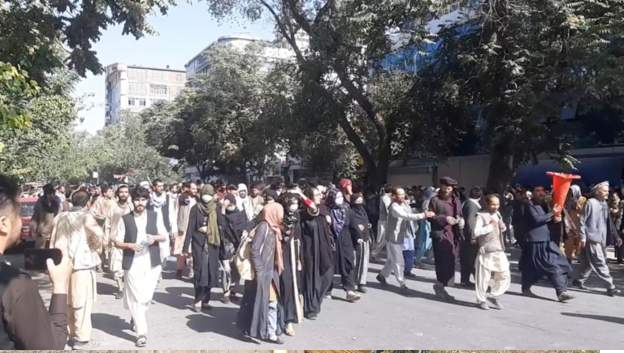 Let's take a look away from the airport now, because dozens of people have reportedly been protesting in Kabul over the closure of banks and money exchanges.

Video obtained by the Reuters news agency shows the protest, with one eyewitness explaining that the demonstrators are calling for banks to open.

Since the Taliban takeover this month, concerns have been raised about the state of Afghanistan's economy, with the value of the national currency falling sharply and food prices rising.

And as we just reported, the UN has warned that an ever-worsening drought is threatening Afghanistan's food security and the livelihoods of seven million people who rely on agriculture or livestock.