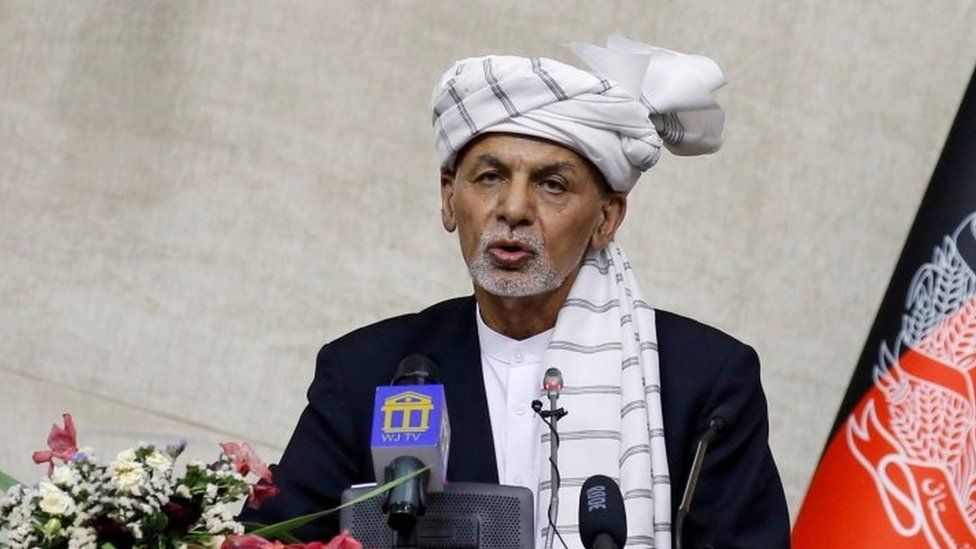 The UAE says it has welcomed Mr Ghani and his family on humanitarian grounds
30.5k Shares

Mr Ghani fled Afghanistan as the Taliban advanced on its capital city Kabul over the weekend.

The UAE's foreign ministry said the country had welcomed Mr Ghani and his family on humanitarian grounds.

There had been rumours that Mr Ghani might have fled to Tajikistan. There are also unconfirmed reports that he had a large amount of money with him.

In a Facebook post addressed to Afghan citizens on Sunday, Mr Ghani said he made the difficult decision to leave to avoid bloodshed in the capital city.

However, he has faced intense criticism from other Afghan politicians for leaving the country.

"God will hold him accountable and the nation will also judge," said Abdullah Abdullah, chairman of Afghanistan's High Council for National Reconciliation.

US President Joe Biden also criticised Afghanistan's government for fleeing in a speech on Monday.

However, the US has continued to refer to "President Ghani", with the State Department saying that there has not been a formal handover of power.

Speaking to the BBC earlier this year, he dismissed fears of a Taliban military victory. "This is not Vietnam. The government is not collapsing," he said.

It is not the first time a leader has sought refuge in the UAE. Pakistani opposition leader Benazir Bhutto lived in exile there for several years before she was assassinated in her home country in 2007.