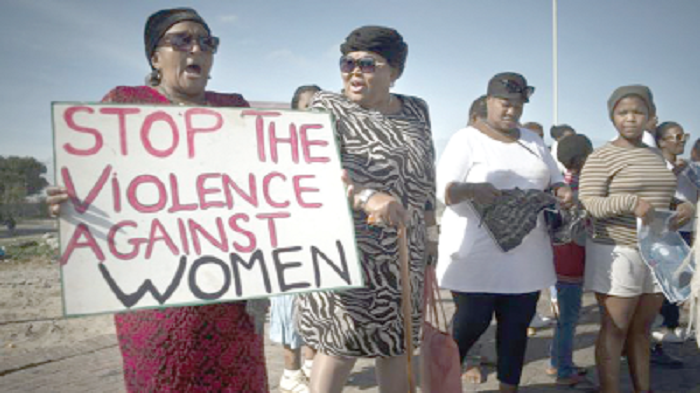 •More than 60,000 cases of rape are reported in South Africa every year Follow @Graphicgh

A 17-year-old girl, who handed herself in to South African police, is expected to appear in court, accused of murder, after killing a man who allegedly tried to rape her.

"She was on her way to a local tavern when she was allegedly attacked by the deceased and fought back," police said.

The young woman stabbed the 21-year-old man, after overpowering him during a struggle, police have said.

South Africa has one of the highest incidences of rape in the world.

There has been a recent spate of killings of women in the country, which has sparked national outrage.

The suspect, who is a minor under South African law and cannot be named, would be assigned a social worker and possibly a trauma counsellor to assist with the case, according to the police.

"She was visibly distraught when she arrived at the police station and will receive the necessary care given in such cases," police colonel Moatshe Ngoepe told the BBC.

The woman will appear in court in Tzaneen, a small town in Limpopo province near the village where the incident took place.

She is expected to tell the court that she acted in self-defence.

Pleas of self-defence must pass a high legal threshold to be accepted by South African courts.

The defendant must prove that there were extenuating circumstances involved and that killing was the only option available at the time.