The dark street corner would have been silent if not for the grumble of a motorbike. It was nearing midnight, but for Ibrahim Sesay - a 27-year-old motorbike taxi driver in Freetown - the evening had just begun. He pulled four small pills from his breast pocket, gulped them down without water and set off into the night.

"Every night I take tramadol, for the past year at least," he explained, referring to the pills.

"Lots of [motorbike taxi drivers] take it. It helps me stay awake while I work, but now I can't do anything without it. I have to take it when I wake up or I feel sick ... It scares me because I don't really know what to do and I think it's getting worse."

Sesay said he had never heard of tramadol - a cheap, opioid painkiller with stimulating effects - until last year's holiday season, when a fellow rider offered him one of the green capsules before a long shift.

He started taking just one 225-milligram pill a day, but as continuous use strengthened both his tolerance and dependence, he gradually came to crave higher amounts. Now he takes 900 milligrams, more than twice the recommended maximum daily dosage, and likens the withdrawal symptoms to a heavy bout of malaria.

He is not alone. What was until recently a little-known prescription-only medication for treating chronic pain has in the past two years been at the centre of a rapidly expanding addiction crisis in Sierra Leone - a country with virtually no avenues for drug rehabilitation and which remains haunted by an 11-year civil war during which there were high rates of drug abuse among combatants.

Propelled by a black market network of importers and sold cheaply under the table by private pharmacies, the problem has become so bad that in August 2016, Sierra Leone's overwhelmed pharmaceutical regulators declared tramadol abuse a public health emergency.

In the 25 years since it was launched on the global market, tramadol dependence has spread through parts of Southeast Asia, the Middle East, North and West Africa and Europe. Fuelled by inaction from international regulators and a steady stream of the product from India and China's swelling generic medication industries, pills imported by unstable or under-regulated countries can be easily be diverted to armed groups or smugglers who move it across the globe. 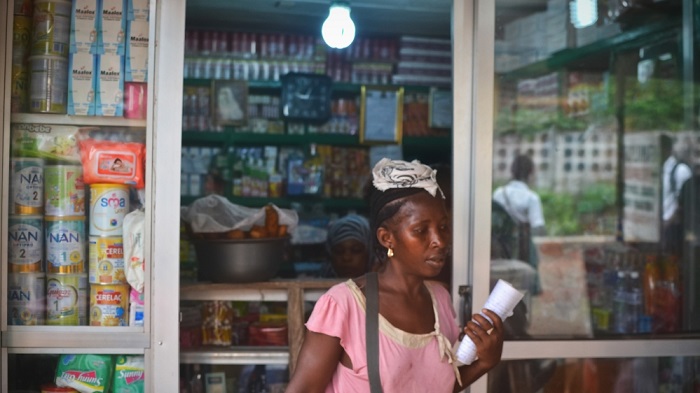 While some countries - including China, Sweden, Australia and the United States - have placed tramadol under their own national controls, the lack of international regulations helps amplify many of the challenges with regulating pharmaceuticals in developing countries such as Sierra Leone, potentially opening the door to a dangerous opioid love affair in the world's poorest communities.

"If things continue as they have been going, we should expect more of the same," said Pierre Lapaque, the UN Office on Drugs and Crime's West Africa representative. "People buy it because it's cheap, yes, but also because it just makes them feel better. It's a vicious cycle ... It's a commodity at the end of the day, and as long as you have someone willing to buy it, there will be someone willing to sell it."

Tramadol first hit the West German market in 1977, after a series of experiments conducted by former Nazi scientist Ernst-Gunther Schenck found the drug to be a safer, non-addictive substitute for heavy painkillers such as morphine when injected. The World Health Organization reaffirmed the drug's "low abuse liability" 15 years later, and in 1995 it was FDA-approved, subsequently launching tramadol on to the international market in its common capsule form.

But by as early as 2000, the WHO began observing "craving, drug-seeking behaviour" in some users, and in 2006 researchers at Johns Hopkins University found tramadol to actually produce stronger opioid effects if taken orally rather than through an injection. When taken orally in high amounts, University of Kentucky addiction researchers wrote in 2012 that tramadol produces similar effects to OxyContin.

Amid growing evidence of abuse risk, the United States Drug Enforcement Agency revised their position in 2014, rescheduling the drug as a Schedule IV narcotic. Yet, in he same year the WHO opted not to review tramadol's status for the fourth time since its international debut, this time because of how many tramadol users had prior histories of substance abuse and how few developed countries report abusive or addictive behaviour.

Meanwhile, tramadol's addictive qualities were becoming undeniable in parts of the developing world.

Tramadol was involved in nearly half of all drug arrests in Gaza in 2009, and the next year Hamas officials burned nearly two million tablets that had been seized from smugglers making their way from Egypt. In January 2016, more than 25,000 kilos of Tramadol that had been mislabelled as bed sheets were intercepted by Greek authorities while en route from India to a holding company in Libya with suspected ties to the Islamic State of Iraq and the Levant (ISIL, also known as ISIS).

In 2014, Egypt, Gaza, Jordan, Lebanon, Libya, Mauritius, Saudi Arabia and Togo all reported widespread Tramadol dependence to the WHO.

"If it was listed, it would force governments' hands to try to solve the problem in their own countries, but as of now it's not listed with other harmful narcotics and psychotropics."

"We have to limit the accessibility options to just private hospitals and specialty clinics, and try to engage medical professionals in finding an alternative to Tramadol that can be imported instead."

Tramadol is only legally available in Sierra Leone with a doctor's prescription and only a small handful of pharmacies are permitted to carry it at all. Yet Tejan and others describe a thriving parallel market for illegal tramadol - pills that are smuggled into Sierra Leone across the country's highly unregulated borders or sold under the table without prescriptions by street hawkers and in neighbourhood pharmacies. 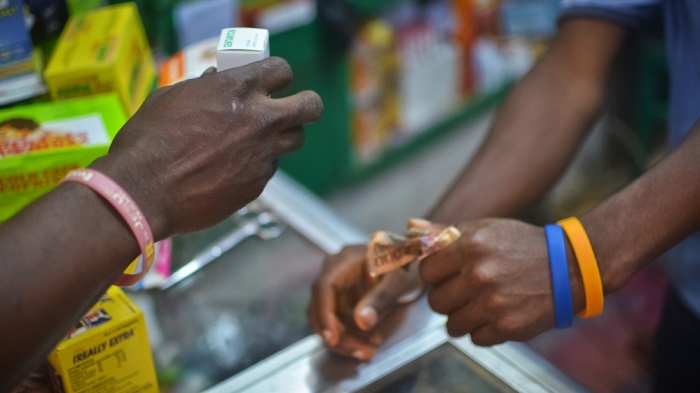 "Right now our biggest problem is people having access to the illegal tramadol, either through peddlers on the streets or pharmacies abusing their privileges," said Wilshire Johnson, the president of Sierra Leone's pharmacy board.

"And it's sold cheap, 10 capsules for often less than a pint of beer. We've tried to put in place stronger regulatory mechanisms, which have worked in certain areas, but there are also a lot of hard-to-reach places, and [the pharmacy board] just doesn't have the capacity to identify everyone going around the system."

Johnson believes the rapid expanse in illegal tramadol use over the past two years is rooted in an increase in youth gang activity, accrediting the problem's ongoing nature to a "general attitude and disposition" towards illegal activity. While some gang members interviewed for this story did admit to pairing tramadol with alcohol, law-abiding citizens also confessed to daily use, with reasons ranging from increased sexual performance to pain relief during long bouts of manual labour.

To Tejan, the solution is a matter of political willpower. He believes Sierra Leone's legal tramadol is imported at a significantly higher rate than it is prescribed and that efforts to sensitise affected communities about tramadol's addictive qualities, such as a recent radio campaign, tend to fall short of expectations, often targeting people like college students who have been shown to be less prone to abuse than members of poorer communities.

"Sierra Leone has around seven million people with about two thirds relying on traditional herbal remedies and only a third or less even making use of pharmaceutical retailers," Tejan said. "If you have 10 importers for a product that is not widely prescribed medically, you have to start asking questions. It's not a safety risk to limit a product that is not fast moving, so if we can begin to control the importers I believe we will have gone 75 percent of the way."

Even if the flow of tramadol into Sierra Leone can be limited, treatment availability remains poor. The country doesn't have any drug rehabilitation centres, and with the average Sierra Leonean making less than $2 a day, most addicts will opt to deal with their illness independently before risking money on personalised treatment in the country's overworked and understaffed government hospitals.

Others, such as Ibrahim Sesay, are looking for any opportunity to kick their habit. All he needs, he said, is for someone to point him in the right direction.

"It scares me how much I want it, how much I need it to live my life," he said, gripping his handlebars. "All I really want is a way out."