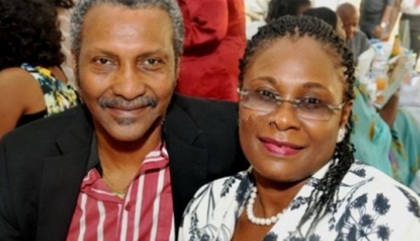 The wife, daughter and driver of Justice Bode Rhodes-Vivour of Nigeria’s Supreme Court were on Friday evening kidnapped on the Lagos-Benin Road.

Mrs Adedoyin Rhodes-Vivour, a Lagos based lawyer, and the others were on their way to Benin for her daughter’s wedding scheduled for yesterday in the city.

The names of the daughter and the driver were not immediately available as relations were reluctant to divulge information.

The police were unhelpful either. They said they too had little information on the incident.

The Edo State Police Command, speaking through DSP Moses Eguavoen, said the police were yet to establish where the kidnapping took place.

Some sources said the abductors pounced on their victims at about 5pm in Edo State part of the road.

Their whereabouts were unknown last night. The car in which they were travelling was also missing, while the kidnappers were yet to contact the Rhodes-Vivours at press time.

Mrs Rhodes-Vivour is a member of the Lagos branch of the Nigerian Bar Association (NBA) and an arbitrator with a law office in Banana Island, Lagos.

Mrs Rhodes-Vivour is the latest high profile Nigerian to be abducted in the current season of terrorism in the country.

The Chairman of the NBA, Lagos, Mr.Taiwo O.Taiwo said of the abduction, last night: “This is, indeed, a very sad development. It is another dimension to the security challenges of this country. If the wife of a Supreme Court Justice could just be kidnapped like that, then it portends danger for all of us in this country.”

Before him was the Chairman of the Ejigbo Local Council Development Area of Lagos State, Mr. Kehinde Bamigbetan who was seized by gunmen on his way home from an outing.

He was later freed.

Foreigners are not spared. Seven of them working for a construction company in Bauchi were recently abducted and shot dead after several days in captivity.